The United States, Britain and other leading nations agreed to back a minimum global rate of at least 15% and for firms to pay more tax in the markets where they sell goods and services rather than in countries like Ireland where they book profits.

Ireland, long resigned to having more to lose than most from the reforms due to the attractiveness of its 12.5% rate to foreign multinationals, continued to press the case that any final deal must meet the needs of small and large countries.

But Paschal Donohoe, who attended Saturday’s meeting in his role as president of euro zone’s grouping of finance ministers, also pointed to the fact that companies like Apple have been in Ireland for decades and are among its largest employers.

“The tax environment that is developing at the moment is one also that multinationals are evaluating. The reason that I’m very positive about our country’s future and our economy is twofold,” Donohoe told the Irish Times.

He cited the fact that multinationals are “well embedded in terms of the physical infrastructure of our country” due to the longevity of their investments and the fact that Ireland has been clear about how it will respond to change and remain a predictable destination for foreign companies.

German Finance Minister Olaf Scholz also said he was sure that Ireland will continue to have a good basis for attracting investment and jobs from foreign multinationals within the confines of new prospective rules.

“I’m sure that this will be a good story for all countries, also for Ireland in the end,” Scholz told Irish national broadcaster RTE.

Big multinationals such as Apple, Facebook and Google directly employ around one in eight workers in Ireland and account for over 80% of corporation tax receipts that have boomed in recent years.

Donohoe reiterated that Ireland’s annual corporate tax take is set to be around 20% or 2 billion euros lower than it otherwise would have been by 2025, due to the anticipated changes.

However his department has forecast that it would still increase gradually by then to 12.5 billion euros from an estimated 11.6 billion this year.

(Reporting by Padraic HalpinEditing by Mark Potter and David Evans) 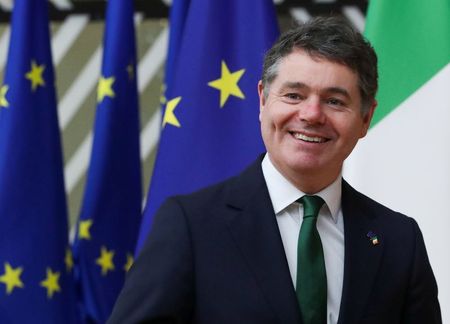 Pressure on Bank Indonesia to raise rates, but will not until...