By Dawn Chmielewski and Tiyashi Datta

(Reuters) – Netflix Inc’s plans to get tough on account sharing failed to reassure Wall Street that the world’s largest streaming video company had found a way to spark new growth.

The company’s stock was down 36% in trading Wednesday, a day after Netflix said it would ask subscribers who share their accounts with people outside of their households to pay more. It blamed password sharing, in part, for failing to hit its subscriber growth targets.

The extent of the shared accounts — estimated at 100 million around the world, including 30 million in the United States and Canada — was a warning sign of its own.

Media analyst Michael Nathanson wrote that the crackdown on password sharing signals Netflix thinks it’s “hitting a wall” at 221.6 million subscribers. “Any company with large out-year subscriber and (revenue) targets should be a bit more nervous today,” he wrote.

Netflix Chief Operating Officer Gregory Peters on Tuesday told investors the company would not stop a subscriber sharing with a sister. “But we’re going to ask you to pay a bit more to be able to share with her and so that she gets the benefit and the value of the service, but we also get the revenue associated with that viewing.”

Netflix has been working on the issue for two years and conducting tests. In March, Netflix began charging users in Chile, Costa Rica and Peru an additional fee to share their accounts with up to two people. On Tuesday, the company said it plans to introduce the new charge for password sharing globally, within a year.

Some analysts were skeptical.

“We don’t believe that this strategy will be the panacea that some investors have outlined over the last few years,” said Morningstar analyst Neil Macker. “Netflix may be able to squeeze a few more dollars out of some of the primary households, but we think that other ones will look at the new sharing fee as another pricing increase and cancel.”

Others simply scoffed at the notion that password sharing accounted for Netflix’s loss of 200,000 subscribers in its first quarter and predictions that it would lose even more members in the spring.

“It seems more like an excuse for the poor performance than anything else,” said Manuel Muhl, an analyst with DZ Bank AG. “Password sharing has been a problem for years, this cannot be cited as a valid reason for disappointing user growth.” 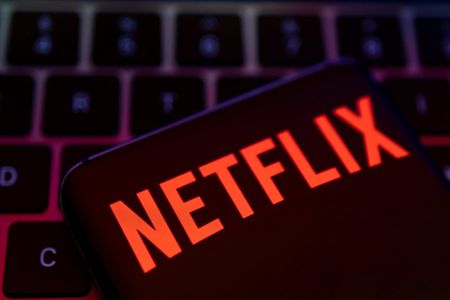 Lagardere CEO: There is no conflict with Arnault

Like Tortoise vs Hare, ECB may ‘normalize’ before Fed :Mike Dolan

In first, Indonesia to buy back some global bonds after raising...