Resource-rich Western Australia unveiled its long-awaited revamp of heritage protection laws on Wednesday, but kept the final say over development decisions with a government minister, drawing criticism from Aboriginal groups.

“There is emerging consensus among representatives of First Nations peoples and the Responsible Investment industry that this version of the Western Australia bill sets the bar below international standards,” said Mary Delahunty, Head of Impact at HESTA.

“Since Juukan Gorge drew their attention, global investors who are increasingly sensitive to such issues will be looking for whether Western Australia’s response properly prioritises human rights in cultural heritage,” Regnan head of advisory Susheela Peres da Cosa said in a statement.

“This bill is unlikely to meet their expectations.”

The state premier’s department said on Wednesday it will focus on reaching agreement with Aboriginal groups and on obtaining full, prior and informed consent for development.

An Australian inquiry into the Juukan Gorge destruction recommended a new national legal framework and for Aboriginal people to be the top decision makers on heritage issues.

Danielle Welsh-Rose, an ESG director at abrdn, said she was concerned the bill “may not meet the standard for genuine free, prior and informed consent.”

Western Australia produces more than half of the world’s traded iron ore, a key steel-making ingredient and Australia’s most lucrative export. 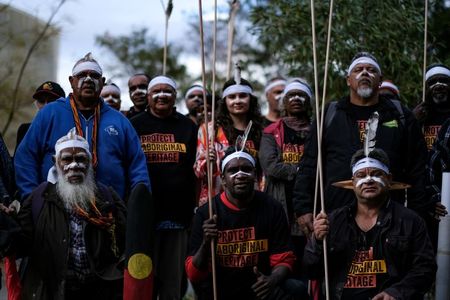