The group, which offers administrative services for companies setting up branches and entities in various jurisdictions, blamed a decline in the Netherlands, Luxembourg and the Cayman Islands over the fourth quarter.

“This was mainly due to lower productivity as a result of elevated employee attrition, which continued through the end of December,” Intertrust said in a pre-released earnings update.

The group’s underlying revenue growth came in at around 1.5% for the full year, against an initial estimate of 2% to 4%.

Its adjusted earnings before interest and taxes and amortisation (EBITA) margin reached about 30%, slightly below guidance of 31% to 32%.

Intertrust confirmed the around 1.8 billion euro ($2.06 billion) public offer for the firm by U.S.-based corporate services firm CSC was progressing as planned.

CVC Capital pulled out of those talks in December.

Intertrust is scheduled to announce fourth-quarter and full-year results on February 10. 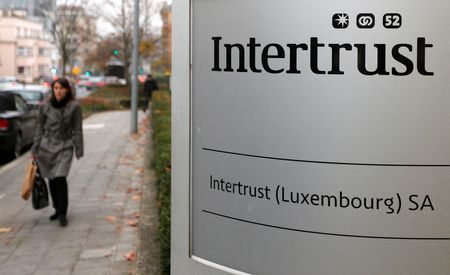