SINGAPORE (Reuters) – Inflation is the biggest downside risk for Singapore’s economy this year but recovery in China and a broader global travel resumption will support the city-state’s growth, a central bank survey showed on Wednesday.

Singapore’s economy is expected to expand 4.8% in the second quarter and should grow 3.8% for the full year, down from the 4.0% seen in the previous poll in March, according to the survey of 24 economists conducted in May by the Monetary Authority of Singapore (MAS).

A sharper than expected rise in inflation driven mainly by higher energy and food prices was the most-cited downside risk to Singapore’s outlook in the survey, while more robust Chinese growth, underpinned by macroeconomic policy easing and economic reopening, were seen as key drivers.

The restart of travel as well as a stronger than expected manufacturing output expansion would also support Singapore’s growth, it said.

The survey respondents saw median growth of 5.0% for headline inflation this year, and 3.4% for the core inflation rate — the central bank’s favoured price measure.

Both were higher than figures seen in the previous poll in March and were in line with the central bank’s forecast. 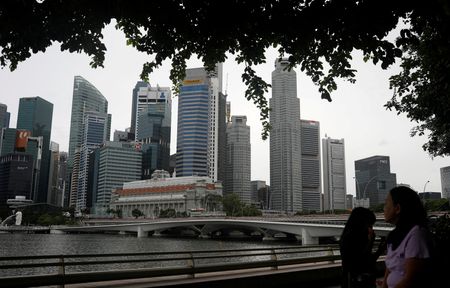 Yandex CEO resigns after being targeted by EU sanctions