By Joice Alves and Danilo Masoni

LONDON (Reuters) – European companies are forecast to have coped with record inflation in the first quarter, but the big question for investors during the reporting season which begins in earnest next week will be their outlook for the rest of 2022.

Profits are expected to have grown by 25% in the three months to end-March, a much lower pace compared to the 60-150% rates of 2021 but possibly solid enough to reassure markets.

Kasper Elmgreen, head of equities at Amundi, expects first quarter results to be “okay” but is focused on price pressures and uncertainty resulting from the Ukraine crisis.

“It’s super, super, super important for us to understand what are the abilities of the companies of passing on the cost increases onto the consumers,” Elmgreen said.

Firms on the STOXX 600 regional equity benchmark are expected to report a rise of 24.7% in first-quarter profit, the latest Refinitiv I/B/E/S data shows, up from the 14.6% growth rate expected at the start of the year.

Much of that, however, is due to the energy sector which has a 5.9% weighting in the index, excluding which profit growth is expected to stand at just 6.8%.

Morgan Stanley expects earnings to beat estimates this quarter, but says that given the stagflationary backdrop and margin pressures a new earnings downgrade cycle may lie ahead.

“Corporate guidance is likely to be more important than ever this quarter and should set the tone for price action,” the U.S. investment bank said in a note, pointing to upside earnings potential for industries like energy, drugs and utilities.

Luxury goods are also seen as resilient to inflationary pressures given their pricing power. LVMH last week said it would continue to raise prices despite geopolitical tensions and lockdowns in China.

On the other hand, Morgan Stanley warns of downside risk for sectors like banks, construction companies and capital goods.

Among the major companies reporting next week are consumer goods giant Unilever, Nivea maker Beiersdorf as well as banks UBS and Barclays.

Strategists at money manager BlackRock, meanwhile, see the economic effects of the Ukraine crisis eating into earnings even as analysts have been revising up estimates across the board.

Refinitiv data shows analysts now expect 2022 earnings in Europe to grow by more than 11%, up from 7% in January. This is despite earnings revisions, the number of upgrades minus downgrades, turning negative for the first time since late 2020 in a sign of slowing momentum.

Other analysts do not appear to be overly worried.

Mislav Matejka at JP Morgan says a recession looks unlikely for now and earnings should continue to grow, supporting equities, as the scale of downward revisions is not dramatic.

“Most (people) we speak to expect warnings, so even if the actual results are mixed, stocks may not be penalized further,” Matejka said in a note.

Caroline Simmons, UK Chief Investment Officer at UBS Global Wealth Management, said all eyes will be on the consumer staples sector, although she does not expect any major snags.

“Some of the staples areas might show some margin pressure, but it wouldn’t be that big overall because they usually can offset it with price increases,” she said. 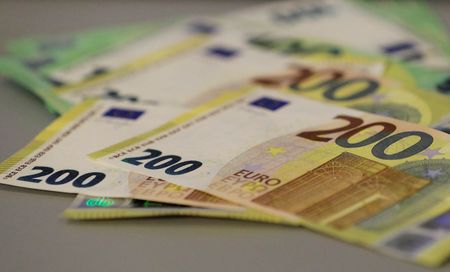 Exclusive-ECB ready to set up money exchange for Ukrainian refugees with...