Inflation is not a universal phenomenon, Georgieva noted, but was a problem in a number of countries and especially the United States. U.S. consumer prices surged 7% in the 12 months to December, the largest annual increase in nearly four decades.

The Federal Reserve and others have signaled that rate hikes may be imminent in 2022. The “spillover impact on emerging markets …. can add fuel to the fire of divergence,” Georgieva said. Rate hikes in advanced economies raise the cost of borrowing and siphon away investments from emerging markets.

Georgieva said in December the IMF was likely to downgrade global economic growth forecasts of 5.9% in 2021 and 4.9% this year due to slowing growth in the United States, China, and the Omicron variant; the revision is expected on Jan. 25.

“Yes, the recovery is likely to continue, but against stronger winds,” she said Wednesday, citing inflation and growing debt levels. Social unrest seen in 2019 was also expected to re-emerge this year, which could pose challenges for policymakers, she added.

The IMF is urging countries to keep building up their defenses against the current pandemic and future ones, she said. It is “hugely important” to ensure more diversified production of vaccines and reduce the reliance of Africa and other regions on imports.

She said she expects increasing demand for IMF financing this year. The IMF’s executive board is slated to discuss on Friday a new Resilience and Sustainability Trust lending instrument backed by the Group of 20 countries in October.

The trust will allow rich IMF members to donate their share of $650 billion in new emergency reserves, or Special Drawing Rights, to a broader range of countries in need, including small island states and vulnerable middle-income countries.

More details are expected during annual meetings of the IMF and World Bank this spring. 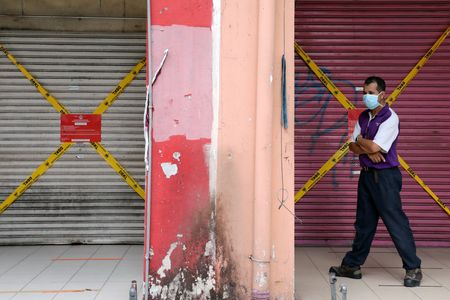 Aging population to hit U.S. economy like a ‘ton of bricks’ – U.S. commerce...

Germany to see inflation ease at start of 2022 -economy ministry

Whole Foods co-founder John Mackey to step down as CEO next...