Home Asia India to monetise $81 billion worth of state assets over next 4...

By Aftab Ahmed and Mayank Bhardwaj

NEW DELHI (Reuters) – India plans to monetise $81 billion worth of state assets over the next four years under a program announced earlier in the 2021/2022 budget to boost infrastructure spending and spur economic growth in Asia’s third biggest economy.

The Indian government aims to hand already built assets such as gas pipelines, roads, railway stations and warehousing facilities among others to the private sector to operate on a long-term lease, Amitabh Kant, chief executive of government think tank NITI Aayog, told a news conference on Monday.

“The strategic objective of the programme is to unlock the value of investments in brownfield public sector assets by tapping institutional and long-term patient capital which can thereafter be leveraged for further public investments.”

“This is big and bold,” said Vinayak Chatterjee, non-executive chairman of Feedback Infra Group, a private infrastructure services company. He said the programme’s scale and coverage is much wider than his expectation but will need an overhaul of the private-public partnership system.

The asset monetisation model has had a mixed track record with investors so far.

In the road sector government has already garnered 170 billion rupees, but India’s plan to allow private players to operate some trains did not generate as much interest as expected due to regulations and contract enforcement requirements.

The government aims to monetise assets worth 880 billion in the current fiscal year that began in April, and a transparent mechanism would achieve “a fair value”, Kant said.

Finance Minister Nirmala Sitharaman said the programme would give an impetus to economic growth.

Earlier this year, Prime Minister Narendra Modi’s administration announced a privatisation plan which would leave government ownership only in a few critical sectors.

Although coronavirus lockdowns and the subsequent downturn have slowed the privatisation process, the government still hopes to raise 1.75 trillion rupees from such sales in the current fiscal year to March 2022.

Proceeds from privatisation are crucial for India, which witnessed a record fiscal deficit of 9.3% in the last fiscal year to March 2021, when the economy contracted by 7.3%. 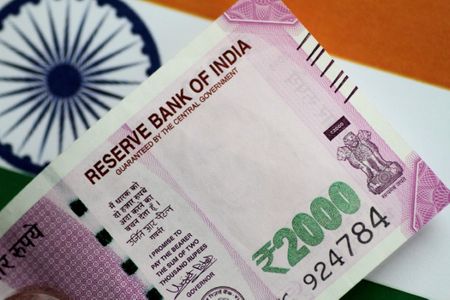 EasyJet to Ryanair boss: focus on your own airline