NEW DELHI (Reuters) – New Delhi is halving its fundraising goal for Life Insurance Corporation of India’s IPO to 300 billion rupees ($3.9 billion), having had to cut its valuation estimates after feedback from investors, a government source said.

The drastic lowering of ambitions for the IPO – which would still be India’s largest to date – is a setback for Prime Minister Narendra Modi’s administration which had positioned the sale as the first and biggest of a wave of privatisations aimed at replenishing state coffers.

The state-owned insurance behemoth, also India’s largest domestic financial investor, is now valued at around 6 trillion rupees, according to the source, who declined to be identified as the IPO discussions were confidential.

Earlier government estimates had called for the insurer to be valued at around 17 trillion rupees.

“Investors have become very risk averse in the last few months. After roadshows we realised there was no point in putting high valuation up front. Higher valuation can be discovered post the listing. After all, the government will still hold nearly 95% of the issue,” said the source.

The government plans to sell a stake of just over 5%, he said. The source added that fresh regulatory approval for the listing process will need to be sought but did not elaborate. The government had previously said it would sell a 5% stake.

The IPO is likely to be launched in the first week of May, investment banking sources said.

The finance ministry did not immediately respond to an email requesting comment.

The government had initially wanted to list LIC in the last financial year that ended March 31 but had to delay the sale after Russia’s invasion of Ukraine triggered a market rout.

The 66-year-old company dominates India’s insurance sector with more than 280 million policies. It was the fifth-biggest global insurer in terms of insurance premium collection in 2020, the latest year for which statistics are available.

Investors have been concerned that LIC’s investment decisions, including those in loss-making state companies, could be influenced by government demands. 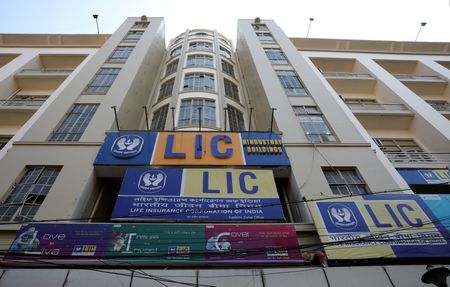 GSK to get $1.25 billion to settle HIV drug patent row with Gilead

Explainer-The U.S. yield curve has been flattening: Why you should care