NEW DELHI (Reuters) – India has ample coal stocks to meet power sector demand, a coal ministry statement said on Sunday, a day after the Delhi Chief Minister said a shortage of the fuel meant the Indian capital could face a power crisis https://www.reuters.com/world/india/new-delhi-chief-minister-warns-power-crisis-coal-stocks-decline-2021-10-09.

State-run Coal India Ltd is using its 40 million tonne stocks to replenish utilities, which together have 7.2 million tonnes of inventory, equivalent to four days’ requirements, the ministry statement said.

A lack of coal has caused a supply shortage in some eastern and northern states, with residents in the regions experiencing power cuts https://www.reuters.com/world/india/exclusive-indian-states-suffer-power-cuts-coal-stocks-shrink-2021-10-08 stretching to up to 14 hours a day.

In a separate statement, the power ministry said coal supplies to power utilities on Saturday rose to 1.92 million tonnes, while consumption was 1.87 million tonnes.

It said the level of coal stocks held by power companies will rise as Coal India is ramping up the supplies.

In India, over half of 135 coal-fired power plants, which supply around 70% of the country’s electricity, have only enough fuel stocks to last less than three days, Reuters reported on Friday. 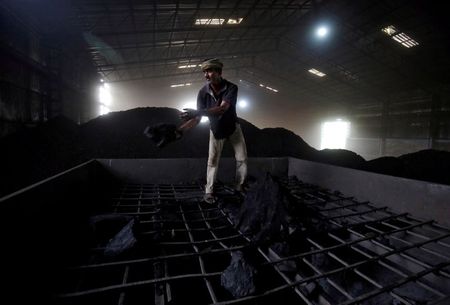 No pain, no gain for big funds hunting the next Tesla

Hertz awards over $16 million in retention bonus to key executives