By Katanga Johnson and Ross Kerber

The call from Eric Pan, president of the Investment Company Institute, came in response to a request for public comment from the Securities and Exchange Commission (SEC) on how it might direct companies to report more about the environmental and social impact of their operations. The institute represents mutual funds, their shareholders and investment advisers.

The comments marked a shift for the influential trade group after Pan in May urged regulators to adopt only voluntary climate disclosure rules.

Asked about the previous remarks, an ICI spokesperson said that after discussions with members, “our views solidified around mandating certain greenhouse gas emissions and human capital data.”

Investors have poured money into funds that base investment decisions on sustainability criteria, in turn prodding big fund firms to support shareholder proposals for corporate reforms.

In a letter to the SEC published by ICI on Monday, Pan said the requirements would give fund managers consistent, comparable and reliable data.

Pan said that some disclosures should be mandatory, but the trade group hopes the SEC will be flexible about making changes if needed over time.

He also called for the SEC to require that all companies publicly disclose a form known as the EEO-1 they file to the federal government showing the race and gender breakdowns of their workforces. More companies have done https://www.reuters.com/article/us-minneapolis-police-corporatediversity/the-heats-on-corporate-america-to-reveal-racial-diversity-data-idUSKBN2431JY so after last year’s Black Lives Matter protests put a new focus on social equity issues.

In response to investor interest, the SEC plans to require disclosure of detailed climate change information and a range of workforce data, its chair Gary Gensler has said.

(Reporting by Katanga Johnson in Washington and Ross Kerber in Boston; Editing by Michelle Price and Cynthia Osterman) 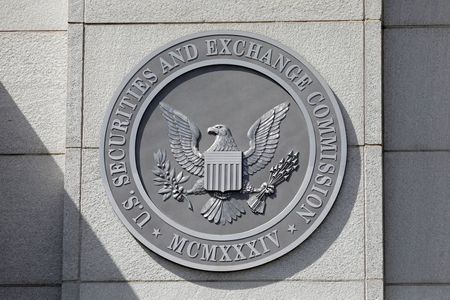 Explainer: When will Americans feel the Inflation Reduction Act’s impact?