The IMF is putting the finishing touches on a record $650 billion allocation of its Special Drawing Right quasi-reserve asset as part of efforts to help low-income countries hard hit by the COVID-19 crisis.

Because the IMF’s cash gets divided between all its countries, including rich ones, only 7% or $42 billion will go to the 44 poorer nations with the lowest S&P sovereign credit rating scores.

It would still be enough to restore the financial reserves of Zambia, Jordan, El Salvador, Benin and Togo to adequate levels – roughly defined as enough to cover three months of imports, all short-term external debt payments or 20% of the money circulating in the economy, S&P said.

An additional two of the 44 – Democratic Republic of Congo and Suriname – would see at least one of three reserve adequacy measures restored.

Nevertheless, another $189 billion would be required to bring the reserves of all remaining ‘B+’ rated countries up to adequate levels, although that did include the likes of Turkey too.

There is a potential solution. The United States and other Group of Seven nations are considering redistributing $100 billion of the $280 billion they will get from the new SDR handout. [nL2N2NV0GR] If all richer countries are included, it goes up to nearly $440 billion.

“We calculate a reallocation of an estimated 42% of wealthy country SDR allocations to low-income countries (LIC).. would be what it would take to bring the reserve levels in all rated LIC up to complete reserve adequacy,” S&P said.

Seven countries – Burkina Faso, Mozambique, Kenya, Bolivia, Congo Republic, Belize, and Suriname – would need less than $1 billion each to shore up their reserves.

Many of these countries’ borrowing costs have come down sharply since last year’s initial COVID-19 panic, meaning there was less room for positive catalysts, said Aaron Grehan, deputy head of emerging market debt at Aviva Investors.

“By far the most important factor for us … is the IMF, not with regards to SDRs but with specific programmes for specific countries – that’s where we’re likely to see the drivers of better investment opportunities,” he said.

(Additional reporting by Marc Jones and Karin Strohecker and , Editing by William Maclean and Paul Simao) 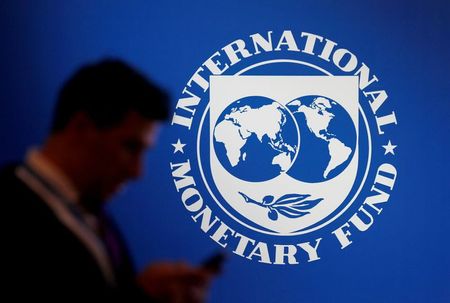