Willie Walsh, director general of the International Air Transport Association, voiced scepticism a day after Airbus published proposals to almost double single-aisle production to as high as 75 jets a month by 2025.

“Let’s wait and see, because obviously there is a huge disconnect between what the manufacturers say they’re going to produce and what the airlines decide to buy,” he told Reuters.

“So, you know that they’re in the business of selling. I don’t see that there’s going to be the requirement for whatever it is they’re producing,” he added in an interview.

Geneva-based IATA has no day-to-day role in aircraft negotiations, but Walsh was for years among the most influential buyers as the former head of British Airways and then its parent group IAG.

Investors pushed up shares in the world’s largest planemaker by almost 10% on Thursday, followed by another 1.2% on Friday.

Faury sought to allay suppliers’ concerns, saying the detailed new roadmap provided by Airbus would allow them to plan and raise any necessary funding from markets.

Both Airbus and U.S. rival Boeing sell jets years before they are built and have several years of output on order.

Besides meeting new demand, raising production would allow Airbus to burn through a bulge of deliveries scheduled for the middle of the decade after airlines asked for delays during the COVID-19 pandemic.

Schedules in that period are now so clogged that Airbus has little left to sell until 2027. Raising rates also warns airlines to take what is already on order, analysts and industry sources said.

Critics of the steep output plans cite uncertainties over demand and the health of airline and supplier finances.

“Whether Airbus gets to 75 a month depends on traffic growth and aircraft retirement rates over the next four years, and that’s still very tough to call,” said Vertical Research Partners analyst Rob Stallard.

“The last thing Airbus wants, though, is to be stuck as they were in 2018 or 2019 with airlines wanting more new planes and Airbus being unable to satisfy the demand.”

Airbus met official delivery targets in those years, but in 2019 it fell about 80 jets short of internal targets owing to industrial snags and tight supply chains, industry sources say. 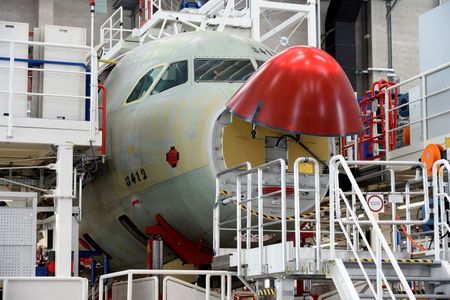 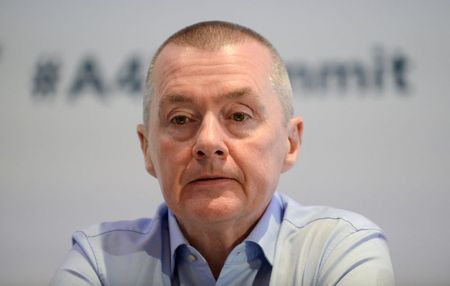