(Reuters) – Hugo Boss on Tuesday reported a double-digit rise in preliminary full-year sales and earnings, slightly ahead of its own guidance, citing ongoing solid demand after a brand revamp during 2022.

The German fashion house had previously forecast sales in a range of 3.5 billion and 3.6 billion euros, with an increase in EBIT between 35% and 45%.

“Overall the buyside was already sitting ahead of Hugo Boss guidance,” J.P. Morgan analyst Chiara Battistini wrote in a note, adding she would not expect to see further strength in the shares on Tuesday.

The stock was down 0.5% in early Frankfurt trade.

Hugo Boss said it would publish its final results for 2022 and its outlook for 2023 on March 9. 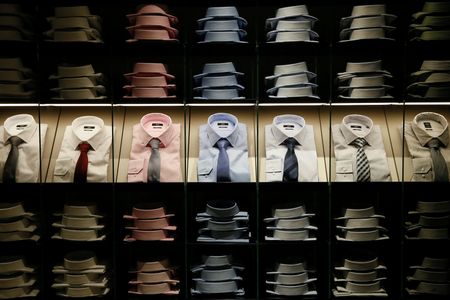 U.S. faces tough choices in 2022 on mines for electric-vehicle metals