VANCOUVER (Reuters) – Canadian prosecutors said the defense of Huawei Chief Financial Officer Meng Wanzhou failed on facts and law, as hearings in their bid to extradite her to the United States finished on Wednesday.

The Chinese tech-giant executive will now await the judge’s ruling in her case, the date for which will be set on Oct. 21.

Meng Wanzhou, 49, was arrested at Vancouver International Airport in December 2018 on a warrant from the United States, charging her with fraud for allegedly misleading HSBC about Huawei’s business dealings in Iran.

She has claimed innocence and is fighting the extradition, confined to Vancouver and monitored 24/7 by private security that she pays for as part of her bail agreement.

The defense fails “on the facts and they fail on the law. You should have no difficulty finding dishonesty sufficient to make … a case for fraud,” Canadian government prosecutor Robert Frater told the court.

“No one has received a fairer extradition hearing in this country than Ms. Meng,” he added.

Her lawyers have argued that her extradition should be stayed because the United States misled Canada when it summarized the evidence against Meng, that former President Donald Trump’s comments on her case poisoned any trial she might face, and that no real fraud took place, among other reasons.

Canadian prosecutors have maintained that the United States has a valid case against Meng and emphasized that the bar for extradition is low.

Associate Chief Justice Heather Holmes in British Columbia’s Supreme Court must decide based on whether the evidence would allow Meng’s trial to proceed in Canada.

If Holmes rules in favor of extradition, the final decision will then be made by Canada’s justice minister. Both decisions can be appealed by Meng’s legal team, which observers of the case have said means it could drag on for years.

(Reporting by Moira Warburton in Vancouver; Editing by Steve Orlofsky) 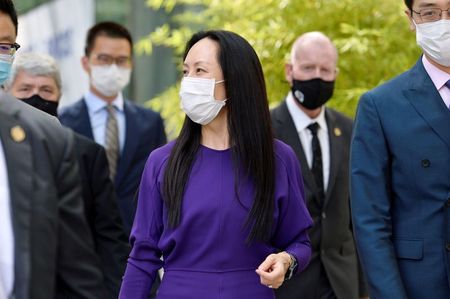