LONDON (Reuters) – HSBC said on Friday the United States remains key to its growth plans, a day after announcing the sale of its mass market retail U.S. banking business in a country where it has long struggled to make a strong profit.

“The U.S. is key to our international network and an important contributor to our growth plans,” Quinn said.

HSBC announced on Thursday its long-awaited U.S. retail exit as it shifts its business more towards Asia, where it has had greater success making money.

The lender is also seeking to sell its French retail banking operations as part of the same strategy, and has entered final negotiations to sell that business to private equity firm Cerberus, Reuters reported in March.

A small group of protesters outside the meeting criticised HSBC for not forgiving poor countries’ debt to allow them to better cope with the impact of the COVID-19 pandemic, something charities have called on the private sector to do.

G20 governments have frozen many low-income countries’ loan repayments under the Debt Service Suspension Initiative (DSSI) during the pandemic.

Nearly 550 private sector bonds issued by 62 low- and middle-income countries total some $691 billion in principal and will cost around $330 billion in debt servicing over the next five years, a report said this week.

HSBC Chairman Mark Tucker said the lender has not received any specific requests from a country to cancel its debts.

The bank also faced questions from shareholders at the meeting on Friday over the pace at which it is halting funding to coal power projects.

HSBC in March said it would phase out support for the coal industry in the developed world by 2030, bowing to investor pressure to speed up its exit from fossil fuel funding.

Investors managing some $2.4 trillion in assets who earlier this year filed a resolution that would bind the bank to make stronger commitments, withdrew it in a sign they had reached a compromise with Europe’s biggest bank.

HSBC’s Tucker said the lender believes it is better to help clients transition away from fossil fuels, rather than simply stop working with them. 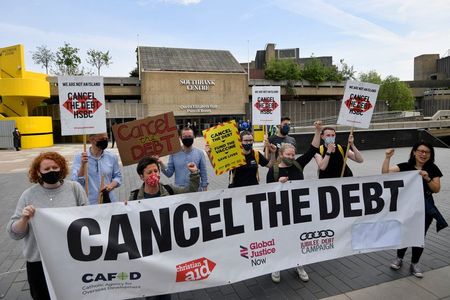 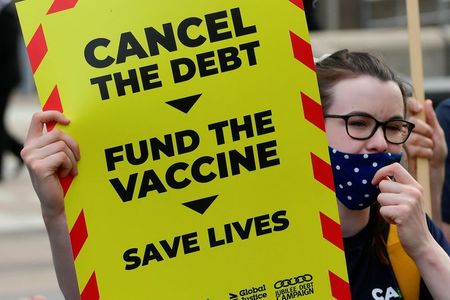 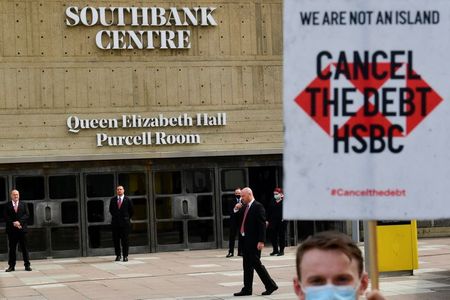