(Reuters) – HSBC Holdings Plc is in talks to move its New York headquarters to a tower in the Hudson Yards district, Bloomberg News reported on Wednesday.

The London-based bank is considering a lease for roughly 250,000 square feet of offices at the Spiral, a 65-storey skyscraper being built by Tishman Speyer on Manhattan’s far west side, the report said, citing people familiar with the matter.

The Spiral, which will have 2.85 million square feet of office along with retail space, is expected to complete construction this year, the report added.

Most of the building has been leased by tenants like Pfizer and AllianceBernstein Holdings, Bloomberg News said.

HSBC in an emailed statement told Reuters it does not comment on speculation, adding that they “routinely evaluate opportunities for our real estate footprint in the U.S.”.

Tishman Speyer did not immediately respond to a request for comment. 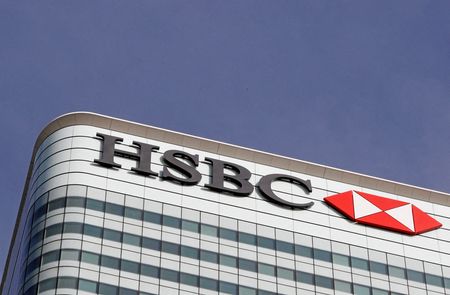 After blazing U.S. stock rally, some warn of tougher market ahead