WASHINGTON (Reuters) -A group of 18 U.S. House Republicans sent Twitter board members a letter on Friday asking them to preserve all records and materials relating to Tesla Chief Executive Elon Musk’s offer to purchase Twitter, laying the groundwork for a potential investigation.

“As Congress continues to examine Big Tech and how to best protect Americans’ free speech rights, this letter serves as a formal request that you preserve all records and materials relating to Musk’s offer to purchase Twitter, including Twitter’s consideration and response to this offer, and Twitter’s evaluation of its shareholder interests with respect to Musk’s offer,” said the letter signed by the top Republican on the House Judiciary Committee, Jim Jordan, and others on the committee.

The order to save records strongly suggests Jordan plans to probe Twitter if the Musk offer is rejected and Republicans take back the House in midterm elections in November. The letter did not indicate that an investigation was forthcoming.

Jordan said on Fox Business recently that he was hopeful that Musk would succeed in buying Twitter because social media platforms are “the public square today.”

Jordan and other Republicans have been critical of Twitter for banning former President Donald Trump and other notable conservatives.

Twitter banned Trump’s account due to the risk of further incitement of violence after the storming of the U.S. Capitol.

The letter, which was also signed by top Republicans on Judiciary subcommittees, said the Twitter board’s “reactions to Elon Musk’s offer to purchase Twitter, and outsider opposition to Musk’s role in Twitter’s future are concerning.”

Musk on Thursday said he has lined up $46.5 billion in debt and equity financing to buy Twitter and is considering taking his offer directly to shareholders, according to a filing with U.S. regulators. 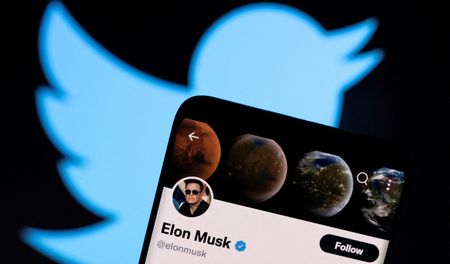 Exxon Mobil may completely withdraw from Russia by June 24 –...