“It is very minimal and won’t cause us any systemic risks,” Financial Secretary Paul Chan told the newspaper, adding he had arrived at the conclusion after a recent audit of the local banking sector’s exposure to the company.

Chan also said Hong Kong’s stock market was inevitably subject to some volatility amid a recent mainland crackdown on some industries, but that he believed any setback would be temporary.

With liabilities of $305 billion, Evergrande has sparked concerns its cash crunch could spread through China’s financial system and reverberate globally, a worry that has eased with the Chinese central bank’s vow this week to protect homebuyers’ interests.

Evergrande has missed two bond interest payments in the past two weeks, bondholders have said, and its offshore debt, amounting to about $20 billion, trades at distressed levels. 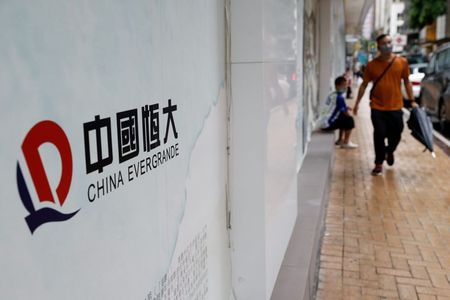 Facebook decided faith groups are good for business. Now, it wants your prayers

Electric car sales to fall, but not as much as other...

As U.S. companies push to get workers vaccinated, states disagree on...