ZURICH (Reuters) – Holcim is ready to make more acquisitions to expand its fast-growing solutions and products business, the world’s largest cement maker said on Thursday, as it announced its 2025 goals.

Holcim wants to expand the share of the division – which makes pre-cast concretes, roofing products, asphalt and dry mortars – to 30% of its sales, helping to broaden its business.

In 2020, the division represented 8.2% of its sales, although since then Holcim has bought Firestone Building Products, a roofing products business, for $3.4 billion, its biggest deal in more than a decade.

“Roofing sales are already delivering double-digit growth in the $50 billion global flat roofing market and will double to $4 billion by 2025 with strategic investments and acquisitions,” Holcim said.

The drive will help improve Holcim’s environmental profile as many products like roofing reduce energy loss from buildings.

The expansion was one of several new targets Holcim unveiled ahead of its investor day on Thursday after the Swiss company achieved its 2022 targets a year early.

“With our new level of performance, we have the firepower to invest in Solutions & Products,” Chief Executive Jan Jenisch said in a statement.

Holcim, which generates most of its sales from cement, concrete and aggregates, is aiming for group annual sales to increase by 3% to 5% after currency movements and portfolio changes.

The goal is the same as the company had targeted in its 2022 strategy. Holcim is also aiming to increase its recurring operating profit at a faster rate than sales.

Holcim, formerly known as LafargeHolcim, plans to spend 500 million Swiss francs ($539 million) on ‘green capex,’ the company said, with increased spending on projects like carbon capture at its plants and recycling more of it materials.

Holcim has previously been bullish about its prospects, saying it expected a period of abnormally strong demand as economies bounce back from the pandemic and government infrastructure packages support building projects.

But concerns about its carbon footprint have deterred many investors, with its share price rising only 3.5% in the last 12 months, compared with a 26.3% gain by the broader European construction materials sector.

Its stock was indicated 0.9% higher in pre-market trade. 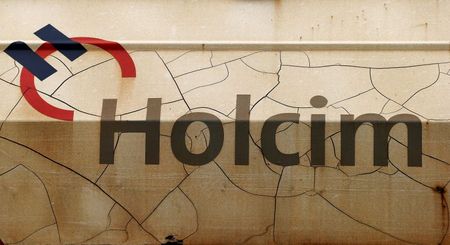