(Reuters) -San Francisco Federal Reserve President Mary Daly on Thursday said she supports raising the U.S. central bank’s target for overnight borrowing costs to 2.5% by the end of this year, but whether or how much further it will need to rise will depend on what happens with inflation and labor markets.

Daly’s support for a path of policy tightening that would bring borrowing costs to the Fed’s estimate of the neutral level in nine months has helped cement expectations in recent weeks for interest rate hikes in bigger-than-usual 50 basis-point increments at the Fed’s next couple of policy meetings.

“Is it 50, is it 25, is it 75? Those are things that I’ll deliberate with my colleagues, but my own starting point is we don’t want to go so quickly or so abruptly that we surprise Americans” already dealing with 40-year-high inflation, Daly told Yahoo Finance.

“I’m watching over this year to see how much our move to neutral restrains the economy, along with the repair of supply chains and the fiscal rolloff,” all of which should contribute to easing inflation, she said.

Whether rates will then need to rise beyond neutral where they would begin to actually restrict economic growth, Daly said, “is an open question and one I don’t want to get prematurely to before we see the data.” 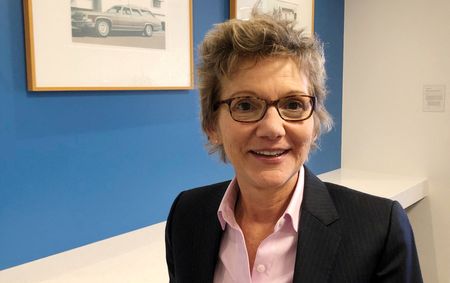