WASHINGTON (Reuters) – U.S. consumer prices increased solidly in September as Americans paid more for food, rent and a range of other goods, putting pressure on the Biden administration to urgently resolve strained supply chains, which are hampering economic growth.

With prices likely to rise further in the months ahead following a recent surge in the costs of energy products, the report from the Labor Department on Wednesday could test Federal Reserve Chair Jerome Powell’s repeated assertion that high inflation is transitory. Powell and the White House have blamed supply chain bottlenecks for the high inflation.

Supply chains have been gummed up by robust demand as economies emerge from the COVID-19 pandemic, thanks to more than $10 trillion in global economic stimulus, about half of it in the United States. The coronavirus pandemic has caused a global shortage of workers needed to produce raw materials and move goods from factories to consumers.

President Joe Biden on Wednesday announced https://www.reuters.com/world/us/biden-cite-progress-unsnarling-supply-chain-meeting-with-labor-industry-2021-10-13 that the Port of Los Angeles would start operating around the clock, following the Port of Long Beach’s lead, to ease congestion. Retailers like Walmart Inc as well as shipping companies FedEx Corp and UPS also agreed to move goods 24 hours a day and seven days a week.

“Inflation is no longer ‘transitory,'” said Sung Won Sohn, professor of finance and economics at Loyola Marymount University in Los Angeles. “Supply-chain bottlenecks are getting worse. The logjam is unlikely to ease anytime soon despite the latest intervention by the White House.”

The consumer price index rose 0.4% last month after climbing 0.3% in August. Food prices jumped 0.9% after increasing 0.4% in the prior month. The largest rise in food prices since April 2020 was driven by a surge in the cost of meat.

Rents are rising as demand for housing in cities rebounds after a pandemic-induced exodus to suburbs and other low-density locations. Economists expect rents, which account for nearly a third of the CPI, will be a major source of inflation in the months ahead.

“If shelter prices continue to pick up steam, it could mean higher inflation is more baked in than originally thought,” said Will Compernolle, senior economist at FHN Financial in New York.

Food and rents accounted for more than half of the increase in the CPI. Economists polled by Reuters had forecast the overall CPI would rise 0.3%.

In the 12 months through September, the CPI increased 5.4% after advancing 5.3% on a year-on-year basis in August.

Though gasoline prices rose moderately relative to August, prices at the pump have accelerated after the price of Brent crude shot above $80 a barrel. Natural gas prices have also surged.

Major U.S. stock indexes closed higher. The dollar fell against a basket of currencies. Yields on the two-year Treasury note, which is sensitive to changes in interest rates, rose.

Excluding the volatile food and energy components, the CPI climbed 0.2% after edging up 0.1% in August. In addition to rents, the co-called core CPI was lifted by a 1.3% increase in the cost of new motor vehicles, which marked the fifth straight month of gains above 1%.

A global semiconductor shortage has forced auto manufacturers to cut production. The average price of a new motor vehicle topped $45,000 for the first time ever in September, according to Kelley Blue Book, a vehicle valuation and automotive research company in California.

There were also increases in the prices of household furnishings and operations, with furniture and bedding posting the biggest gain since March 1988. Consumers also paid more for motor vehicle insurance.

Though prices for airline fares and used cars and trucks fell, economists expected a rebound, noting that air travel was picking up as infections driven by the Delta variant of the coronavirus subside. Auction data pointed to rising prices for used motor vehicles.

The so-called core CPI rose 4.0% on a year-on-year basis last month, matching the gain in August.

Accelerating wage growth is also exerting upward pressure on inflation. The government reported last week that average hourly earnings increased by the most in seven months on a year-on-year basis in September because of worker shortages.

With the number of people voluntarily quitting their jobs hitting a record high https://www.reuters.com/world/us/us-job-openings-fall-still-high-104-million-august-2021-10-12 in August and at least 10.4 million unfilled positions, wage inflation is set to rise further.

Minutes of the Fed’s Sept. 21-22 policy meeting, which were released on Wednesday, showed some U.S. central bank officials “expressed concerns that elevated rates of inflation could feed through into longer-term inflation expectations of households.”

Strong inflation, if persistent, could force the Fed to increase interest rates.

The Fed’s preferred inflation measure for its flexible 2% target, the core personal consumption expenditures price index, increased 3.6% in the 12 months through August, rising by the same margin for a third straight month.

September’s data is due later this month. The Fed last month upgraded its core PCE inflation projection for this year to 3.7% from the 3.0% it projected in June.

Rising inflation, which is eroding consumers’ purchasing power, and supply constraints led economists to anticipate that economic growth braked to below a 3% annualized rate in the third quarter. The economy grew at a 6.7% pace in the April-June quarter. 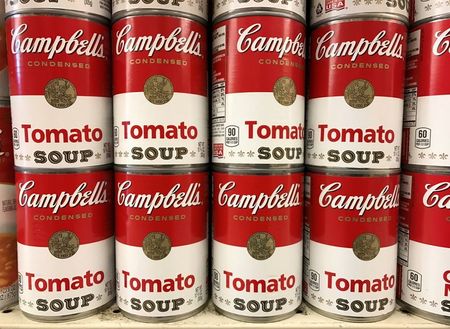 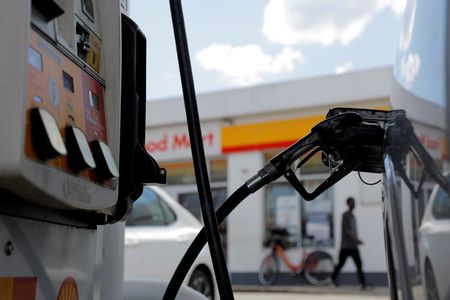 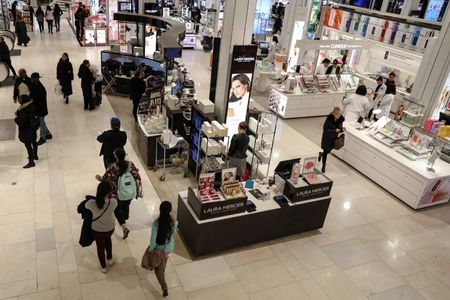 Hyundai’s luxury brand Genesis to be all-electric by 2030

Reliance sets up a subsidiary in UAE for trading oil