LONDON (Reuters) -Britain’s biggest airport Heathrow handled 19.4 million passengers in 2021, less than one quarter of pre-pandemic levels and lower than 2020, after Omicron sparked a run of cancellations in December.

The airport to the west of London said on Tuesday that at least 600,000 passengers cancelled travel plans from Heathrow in December as new travel restrictions came into force.

Britain’s airports have been buffeted through the pandemic by waves of infections and travel restrictions that were introduced often at short notice, requiring passengers to take expensive tests or isolate to avoid spreading the virus.

The airport said “significant doubt” remained over the speed of any recovery, with industry body IATA suggesting that passenger numbers will not return to pre-pandemic levels until 2025.

The group said that sparked enormous uncertainty for the UK aviation regulator in its role of setting passenger charges for the next five years, an issue that has enraged airlines as both sides try to recover from the pandemic.

“There are currently travel restrictions, such as testing, on all Heathrow routes – the aviation industry will only fully recover when these are all lifted and there is no risk that they will be reimposed at short notice, a situation which is likely to be years away,” Chief Executive John Holland-Kaye said. 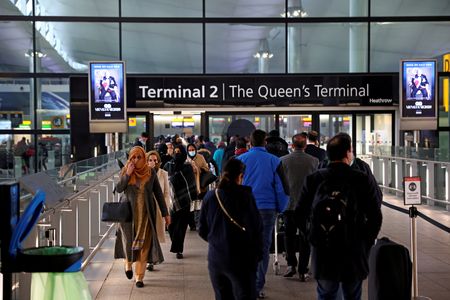 Vaccine is no shot in the arm yet for emerging markets

Fashion retailers bet bras with wires and a splash of color will sell this...