(Reuters) – Hasbro Inc said on Tuesday it would have to raise prices further to cope with soaring costs and warned of a potential revenue hit of about $100 million this year due to its decision to pause toy shipments to Russia.

Major American brands, including McDonald’s Corp and Bumble Inc and Coca-Cola Co, have ceased some or all of their business in Russia after its invasion of Ukraine, with the fast-food chain estimating an impact of about $50 million a month.

A spike in COVID-19 cases in some countries, which is causing factory shutdowns and port delays, added to corporate woes as soaring freight and transportation costs are pinching profit margins.

Hasbro said it would raise prices mid-year and that it was taking steps to mitigate some of the expected supply issues.

“To improve product in stocks this holiday season versus last, we’re advancing deliveries of key items so that we can ensure they’re on hand,” said Chief Financial Officer Deborah Thomas on an analyst call.

The company lifted its fiscal 2022 operating profit growth forecast to mid-single digits from its earlier estimate of a low-single-digit rise.

The price increases the company implemented at the start of this month will help full-year earnings, said UBS analyst Arpiné Kocharyan.

The Monopoly maker’s net revenue rose 4% to $1.16 billion, boosted by demand for toys based on “Spider-Man: No Way Home” as well as for role-playing games “Magic: The Gathering” and “Dungeons & Dragons”. 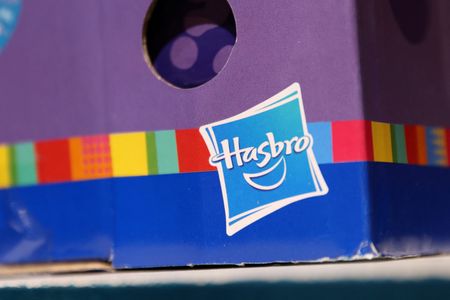 Explainer: When is a crisis no longer a crisis? A dilemma for the ECB

This is Why Discount Retailer Stocks Are Soaring