By Kate Abnett and Simon Jessop

BRUSSELS (Reuters) – The European Union’s planned rulebook for green investments faced fresh pushback this week, with seven countries questioning its use in public spending, while green groups sought to delay approval of the rules.

The EU in April published the first part of its sustainable finance “taxonomy”, a list of economic activities and the detailed climate-related criteria they must meet to be labelled as a green investment.

From 2022, providers of financial products must disclose which investments comply, to help make truly green ones more visible and attractive to investors.

Brussels also plans to use the rules to prevent climate-damaging projects receiving support from the EU’s 672.5 billion euro ($820 billion) COVID-19 recovery fund — a move supported by the EU’s advisers and some EU lawmakers.

A group of seven EU states have cautioned against that plan, in a paper seen by Reuters.

“The taxonomy should be applied only as a transparency tool. However, the taxonomy is progressively becoming a new standard for the EU policies,” said the paper, led by the Czech Republic and supported by Bulgaria, Cyprus, Greece, Hungary, Romania and Slovakia.

The paper said the Commission and EU countries should discuss the “limitations” of using the taxonomy to guide public financing. EU environment ministers will discuss it on Thursday.

The taxonomy rules published in April cover activities including wind and solar energy, transport and manufacturing.

However, the Commission delayed until later this year a decision on whether to give a green label to natural gas. Nuclear power is also being assessed separately.

Eastern and central European countries say it is needed to help them quit coal, which emits more CO2 when burned in power plants.

Campaigners say the taxonomy’s rules for bioenergy investments are also too weak, and are urging the European Parliament not to approve the rules until they are revised and decisions taken on gas and nuclear.

A majority of EU lawmakers or EU countries could veto the taxonomy.

“We ask you to suspend your judgement on the Act until the details of the next two sets of criteria and amendments to bioenergy and forestry legislation will be revealed,” roughly 90 campaign groups and consumer organisations have written in a letter due to be sent to lawmakers on Thursday. 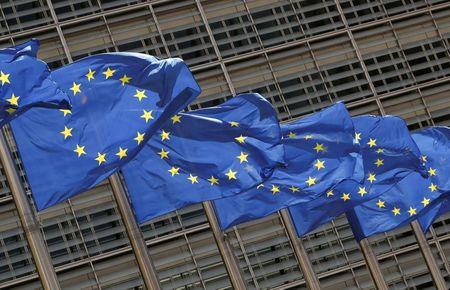 Exclusive-HSBC CEO says Bitcoin not for us

S&P 500 to swallow Tesla in one gulp; shares surge