(Reuters) – Hedge fund manager Greenlight Capital said on Tuesday its fund rallied 36.6% in 2022 in one of its best years ever, thanks to a profitable long book and shorting technology stocks.

Big tech and growth stocks bore the brunt of a prolonged rout last year, worsened by aggressive interest rate hikes that sent the tech-heavy Nasdaq Composite index down 33% in 2022.

“2022 was an exceptionally good year,” Greenlight said in a letter. “In many ways, it was our best ever and is most comparable to 2001, the year after the last technology bubble popped.”

“In early 2021, we also identified an actively-managed ETF of so called ‘innovation’ stocks that appeared to us to have significantly similar characteristics to our bubble names.”

Greenlight said it had no material losers in the short portfolio and will review the performance of its “bubble basket short strategy”.

Its letter defined a bubble stock as one which could fall at least 80% after a traditional valuation analysis and still not appear cheap.

(Reporting by Mehnaz Yasmin in Bengaluru; Editing by Devika Syamnath) 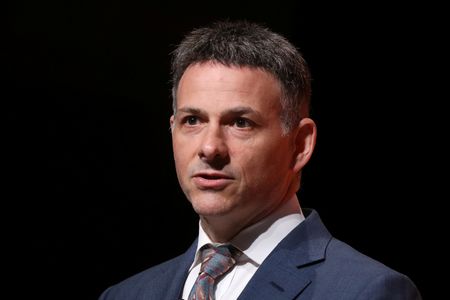 UK house prices jump by 10.9%, could speed up further- Nationwide

German business morale rises in May on buoyant services sector