(Refiles to amend media packaging slug to CHOBANI-IPO/, no change to text)

The New York-based firm did not reveal the terms of its offering, but Reuters had reported in July that an IPO could value the company at above $10 billion.

It was founded in 2005 by Hamdi Ulukaya, a Turkish immigrant to the United States who bought an old yogurt plant after taking a small loan, according to its website.

The company, which has factories in New York, Idaho and Australia, rejected a bid for a majority stake from beverage giant PepsiCo Inc in 2016, arguing that it wanted to remain independent.

Chobani’s peers have also been looking to go public, aiming to tap strong market demand that has helped companies raise unprecedented levels of capital through IPOs this year.

Swedish vegan milk maker Oatly Group AB raised $1.4 billion in its U.S. IPO in May, while Reuters reported in April that Impossible Foods Inc is preparing for a public listing which could value the plant-based burger maker at around $10 billion.

Chobani expects to list on the Nasdaq under the ticker symbol “CHO”.

Goldman Sachs and BofA Securities are the lead underwriters for the offering. 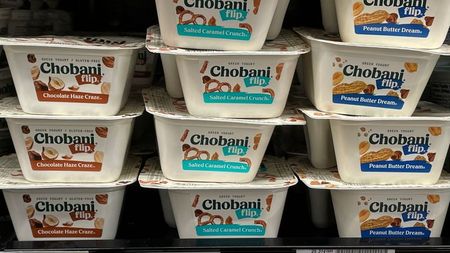 Marketmind: One coin to rule them all

GM expects to work with the UAW at battery plants – executive