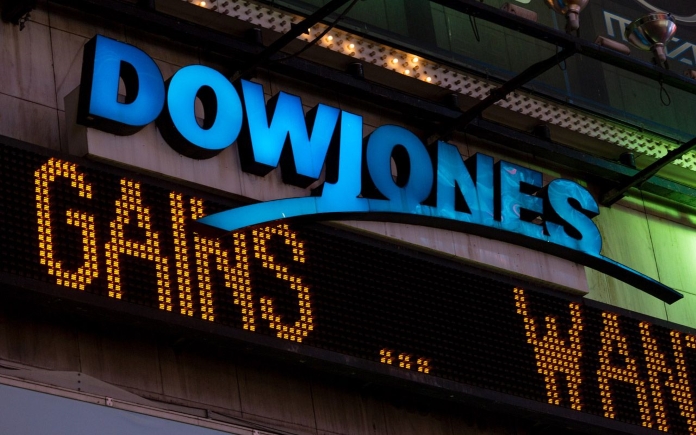 The steep decline in the DOW Jones index on Monday was the worst the market faced since the last two years. Such a huge drop is mostly associated with the sudden Coronavirus spread across multiple nations which brought about tension in the market. However, as the market opened on Tuesday, the DOW Jones futures were on a higher note than yesterday and as of 4 a.m., the index is indicating a rise of 120 points. There are chances that the index might well end up with a 142 point high if things go steadily as they are right now.

The surprising part is that the gains came in even though stock market giants such as Mastercard and United Airlines declared that they might not be able to meet targets in their quarter due to the spread of Coronavirus. On Monday, United Airlines lost around 0.6% while Mastercard faced a steep decline of around 3%.

The fears of prolonged global economic shutdown made the investors flee from the stock market in a jiffy on Monday. The spread of the virus is instilling fears that the market will fall even lower and people can lose a lot of money and eventually kick in the recession.

The DOW took a major drop of around 1,000 points which was its worst performance since February 2018. The S&P 500 isn’t lagging far behind and it recorded a 3.3% drop which is its highest in the last two years. It is reported that with the decline on Monday, both the S&P 500 and DOW Jones cleared all the gains they had respectively earned in 2020.

The news of the virus spreading in South Korea and Italy is the major reason behind such a steep sell-off in the US Stock market. South Korea has raised its alert level to the “highest” as the number of cases in the country crossed 800 and above. Every trader will be waiting to get the latest infected count from China, Italy and South Korea to dictate trading.

However, experts tend to keep their faith in the US Stock market as they believe that  history will be repeated. Post a steep decline on Monday, Tuesday is the day when positive news does pour in. As per the early trends of the day,  history looks like repeating itself and it will surely bring the smile back on investors’ faces.

United reshuffles management as it prepares for uncertain recovery