NEW YORK (Reuters) -Goldman Sachs Group Inc President John Waldron said on Thursday that the bank expects a ramp-up in corporate mergers in the United States, because company executives are feeling more optimistic about the economy.

“We’re going to see an acceleration of merger activity” among U.S. corporations and, to a lesser extent, blank-check companies, Waldron said.

Goldman Sachs has one of the world’s largest investment banks, and it reported a massive jump in first-quarter profit due to record levels of SPAC deals, where private firms merge with listed shell companies.

Goldman’s investment bank produced $3.8 billion in revenue in the first quarter this year, up 73% from the year-ago quarter.

Waldron said the bank expects further acceleration in dealmaking activity to come from companies because executives are feeling better about the economy.

“We are seeing rising CEO confidence. CEO confidence is an extremely important factor… (in being) more offensive in M&A,” Waldron said.

Waldron, who is also Goldman’s chief operating officer, stopped short of saying that his own company would jump in on the activity. He highlighted two recent acquisitions the bank completed -of United Capital in 2019 and Folio Financial in 2020 – saying they are typical of the “bolt-on” deals investors should expect.

“We always evaluate buy versus build,” Waldron said. “But anything that gets larger than what you and I would think of as a bolt-on is hard to integrate, and the bar goes up financially and from a culture standpoint.” 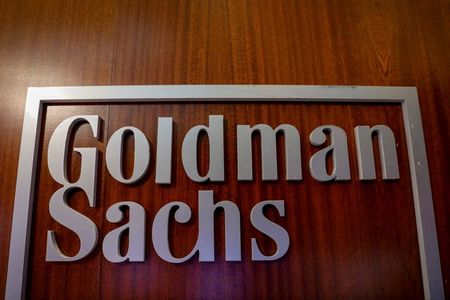 JetBlue refuses to give up its quest for Spirit Airlines