NEW YORK (Reuters) – Goldman Sachs Group Inc plans to replace its finance chief at year-end, with Denis Coleman taking over from current CFO Stephen Scherr, according to an internal memo dated Tuesday and seen by Reuters.

Coleman, 47, is co-head of the global financing group in Goldman’s investment banking division, a role his two predecessors had before becoming CFO. He becomes Scherr’s deputy CFO immediately.

The CFO role did not have much cachet on Wall Street until the 2008 financial crisis, when those executives were explaining the mortgage meltdown and investment losses to shareholders.

Since then, bank CFOs have become crucial emissaries to investors, regulators and employees, as well as the broader public. The position is viewed as a stepping stone to bigger things, including a CEO role.

Scherr, 57, has been Goldman’s finance chief since November 2018, around the time CEO David Solomon took his seat.

Scherr has helped Solomon imagine and execute a vision for the fifth-largest U.S. bank as Goldman tries to become more like rivals with large businesses outside of trading and investment banking.

In prior roles, Scherr oversaw Goldman’s identity shift from a Wall Street firm to a traditional bank that takes deposits and makes loans.

Solomon celebrated Scherr’s “work ethic, command of complexity and unfailing commitment to the firm” in his memo announcing the changes.

Scherr will remain CFO through year-end, which means analysts and investors can engage with him on Goldman’s quarterly results call in mid-October and have time to get accustomed to Coleman, who is relatively unknown.

Scherr joined Goldman in 1993 as an associate in its financial institutions group and was also key to Goldman’s Latin America business before running its consumer operations.

He formally retires at the end of January, after which he will become a senior director. One of his predecessors, David Viniar, remains on Goldman’s board of directors. 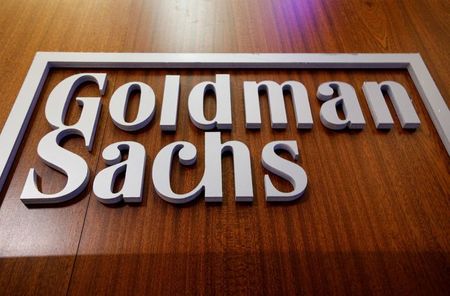 Leon Black to step down as MoMA chairman – NYT