(Reuters) -General Motors Co laid out an ambitious agenda on Wednesday aimed at convincing investors it is refashioning itself into a more profitable, software-driven company that will challenge Tesla for electric vehicle leadership by 2030.

Among the initiatives, GM:

* Outlined a new “dual platform” strategy for Ultium-branded electric vehicle components and batteries and Ultifi-branded software and services, saying the Detroit automaker will double annual revenue to $280 billion by 2030, with increased margins in the 12-14% range.

* Expects revenue from the BrightDrop commercial EV unit to top $10 billion by 2030 with low 20% margins.

* Plans to be U.S. EV market leader, “while growing its profits from internal combustion engine vehicles.”

* Said more than 50% of its North American and Chinese plants will be “capable” of building electric vehicles by 2030.

* Expects EV profit margins to match those of conventional combustion-engine vehicles by 2030.

* Plans to unveil its new Chevrolet Silverado electric pickup in January at the annual Consumer Electronics Show, and will offer both retail and fleet versions, with a range of more than 400 miles (645 km) between charges.

* Described Ultifi as an “end-to-end software platform” that will “increase the lifetime value” of its vehicles by enabling a range of digital services and features delivered and updated wirelessly to those vehicles.

* Revealed Ultra Cruise as “a significant next step” in hands-free driving — to be offered via subscription on premium models starting with Cadillac in 2023, while Super Cruise will be more widely available on mainstream models.

* Said GM plans to double its battery making capacity to 140 gigawatt hours annually with the addition of two new plants.

(Reporting by Paul Lienert and Ben Klayman in Detroit, Editing by Nick Zieminski and Richard Pullin) 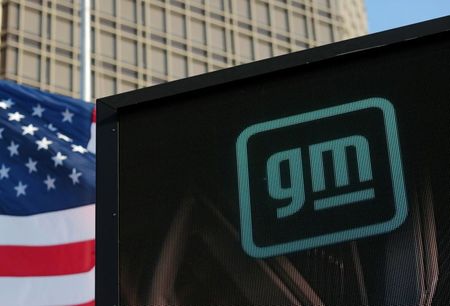 Analysis: Will this time be different? Investors question the Treasury yield surge

Weibo-owner Sina to go private in $2.6 billion deal with CEO-led...

China Evergrande says made 10% repayment of wealth management products due...

Uber, Lyft investors want to hear plans to get riders back...