(Reuters) – Global mergers and acquisition (M&A) activity hit a record high for the third straight month in May, driven mainly by low interest rates, soaring equities and higher dealmaking interest in sectors that have received a boost from the COVID-19 pandemic.

According to Refinitiv data, the total value of pending and completed deals announced from the January-May period touched$2.4 trillion, an all-time record. Last month, $532.9 billion worth of deals were recorded, the highest for the month of May.

Graphic – Global M&As announced in the first five months of the year: https://fingfx.thomsonreuters.com/gfx/mkt/azgvookybvd/Global%20mergers%20and%20acquisitions%20announced%20in%20the%20first%20five%20months%20of%20the%20year.jpg

During the five months, 428 deals worth over $1 billion were struck, compared to 131 during the same period last year.

The surge in deals comes as more companies look to deploy massive war-chests as they focus on expanding their businesses, and as major economies across the world are resuming normal business after ramping up vaccination efforts.

The United States witnessed $1.3 trillion worth of M&A activity this year, while Europe and the Asia-Pacific saw $411 billion and $387 billion, respectively.

Graphic – Breakdown by region for global M&As this year: https://fingfx.thomsonreuters.com/gfx/mkt/jbyprgkbkve/Breakdown%20by%20region%20for%20global%20mergers%20and%20acquisitions%20this%20year.jpg

“Following a period of uncertainty, many businesses and executives are looking at ways to fast track expansion, maturing quickly by merging with companies that have complementary capabilities,” said Paul Roberts, chief executive officer at ad-tech firm Kubient.

Analysts also said the world’s biggest private equity firms have raised large amounts of capital over the past few years, which has contributed to the surge in M&A activity.

The merger between AT&T’s Warner Media and Discovery, home to lifestyle TV networks such as HGTV and TLC, is the biggest deal of the year so far, with the enterprise value of the new combined company standing at more than $120 billion.

The tech sector, which typically accounts for the majority of deal volumes every quarter, continued to lead the way — deals worth $503 billion were announced from the sector. Industrials M&A volumes stood at $255.1 billion, while financial services accounted for $250 billion.

Graphic – Breakdown by sector for global M&As announced in May: https://fingfx.thomsonreuters.com/gfx/mkt/xlbpgkbmlpq/Breakdown%20by%20sector%20for%20global%20mergers%20and%20acquisitions%20announced%20in%20May.jpg

SPACs are listed shell companies that raise funds to acquire a private company with the purpose of taking it public, allowing such targets to sidestep a traditional initial public offering.

Blake Hutchison, CEO at Flippa.com, said he expects M&A activity to continue to be strong for the rest of the year.

“There’s no evidence of a sensational shift in market conditions in the near term. I sense that M&A activity will thrive in food & beverage and eRetail with consolidation,” he said.

“For other industries, the surge to an online economy will force the hand of many. They’ll see no other way but to acquire innovation as they’ll need to leverage data and analytics found in digital players and their platforms / ecosystems.” 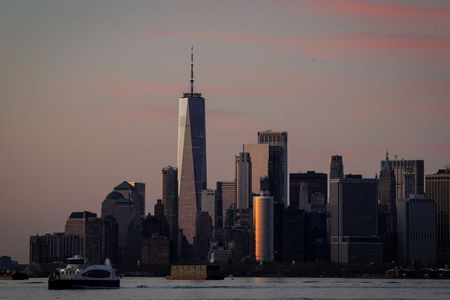 Goldman Sachs cuts S&P 500 forecast to under 5,000 as inflation worsens

U.S. oil refinery run-rates could top 90% for 3rd quarter in a row