By Sujata Rao and Simon Jessop

LONDON (Reuters) – A global tax crackdown on multinationals has the backing of some of the world’s biggest investors who say that using low-tax jurisdictions falls foul of the tenets they have committed to.

After years of negotiations over complex arrangements deployed by big companies, G7 finance ministers meeting in Britain on Friday are expected to declare their support for a global accord to address billions of dollars in lost tax revenue. [L2N2NI198]

This push is backed by some large investors, often state-run, who are scrutinising tax bills as well as profits.

“It’s not about paying more tax, it’s about paying the right amount of tax. We want companies to not engage in practices through transactions and legal structures which contribute to tax evasion,” Kiran Aziz, sustainability analyst at Norway’s KLP which manages $80 billion in pension assets, said.

Research by the charity ActionAid International estimates that taxing Amazon, Apple, Facebook, Alphabet and Microsoft “fairly” on their 2020 profits could potentially generate $32 billion for G20 countries, while a 2018 academic study found global state coffers lose out on $200 billion a year.

The G7 goal is to set rules on taxing cross-border digital activities as well as a minimum tax rate above the level paid if companies channel profits via a low-tax country such as Ireland with its 12.5% corporate levy.

Norway’s $1.3 trillion sovereign wealth fund, which has set the pace on many environmental, social and corporate governance (ESG) issues, recently fired a public salvo over what its CEO said was “aggressive tax planning” and lack of transparency on tax by selling stakes in seven companies, which it did not name.

Many funds interviewed by Reuters said they are escalating talks with companies and, if necessary, will dump shares.

KLP has quizzed around 100 companies, including Silicon Valley giants, joining hands with other Nordic investors.

“We believe taxes should be paid where actual economic value is generated,” Aziz said of so-called “profit-shifting” whereby companies book income from sources like royalties, software or patents, not where it was earned but where tax rates are lower.

While KLP for now sees engagement as more effective than dropping investments outright, some have already gone that far.

Peter Rutter, head of equities at the 150 billion pound ($213 billion) Royal London Asset Management said he had sold or skipped buying shares in some companies on the basis of tax arrangements – often at the behest of his pension clients.

“Corporates doing the right thing by way of taxation is a question we are increasingly getting,” Rutter said.

Tax has typically played second-fiddle to issues such as climate, pollution and labour rights for investors, while most ESG ratings providers do not assess a company’s tax planning while calculating scores.

Many asset managers enjoy lower tax rates by domiciling funds in countries such as Ireland and Luxembourg.

However, MSCI included tax transparency last November and ESG ratings can be affected if for example tax bills differ significantly from what a company would have paid in its country of operation, its managing director Laura Nishikawa said.

“We are not saying ‘divest now’ but (urging clients) to be an informed investor. You need to know the risk and that’s a fiduciary duty too,” she added.

Many investors are preparing to investigate tax policies more thoroughly, regardless of when rules are tightened.

Like KLP, APG has been grilling companies about their tax policies, Williams said. The fund, which manages almost 600 billion euros, recently managed to dissuade the new management of one investee firm from using tax havens.

Then and now: corporate tax intake as % of GDP https://graphics.reuters.com/G7-FINANCE/TAX/bdwvkxdakpm/chart.png

Investor pressure over tax has largely emanated from Europe, particularly ESG-focused Scandinavia, with an apparent cultural difference among shareholders based in the United States.

U.S. retirement funds CalPERS, CalSTRS and Texas TRS all declined to comment, but an official at one large U.S. asset manager said tax is “not an investor issue” and should “be led by those who ultimately impose the taxes”.

Tech companies have long defended their tax practices. Google, whose European headquarters is in the Irish capital Dublin, says it pays taxes where it is required to do so by law.

“It does not make sense for pensioners of the future to reduce their savings pot by asking companies to pay more tax,” Roc-Sennet said.

“Should corporates pay a higher tax rate just because it’s ethical? I don’t think so. As investors, we think companies should operate to the best interest of their shareholders as long as they stay within the legal framework,” he added

While that view remains widespread, accountants KPMG and BDO have warned clients of the risk to reputations and returns should tax rules be tightened.

One thing investors do agree on is that only coordinated action will stop companies using lower tax jurisdictions.

“In the absence of regulation it will be difficult to get companies to move. Turkeys are not going to vote for Christmas,” Fred Kooij, chief investment officer at Tribe Impact Capital, a boutique impact investment firm, said. 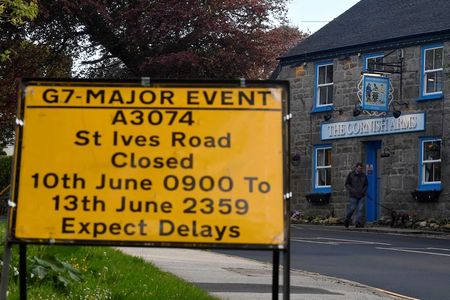 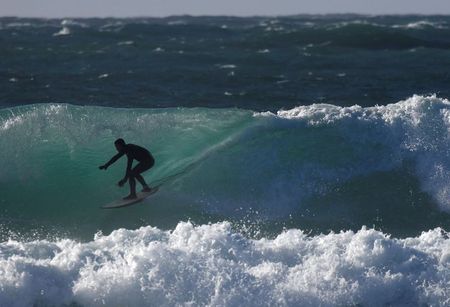 Exclusive-Win for Qualcomm as no EU appeal court ruling against $991 million fine –...