BRUSSELS (Reuters) – The European Union could get an extra 50 billion euros in tax from multinational companies if there is agreement in the Organisation for Economic Cooperation and Development on a minimum global effective corporate tax of 15%, a study showed.

The report, prepared by the EU Tax Observatory for European institutions, said the revenue would more than triple to 170 billion euros if the agreed global minimum tax rate were 25%.

The United States proposed in May a minimum tax rate of 15%, a level backed by many EU countries, and seen as the more likely compromise level than a much higher rate of 25%.

If agreed, it would be part of a reworking of rules for taxing multinational corporations and big technology firms such as Alphabet and Facebook, which now often pay very little tax, despite huge revenues, by setting up offices in low-tax countries like Ireland, Luxembourg or the Netherlands.

But the final minimum tax rate will depend on a deal in the OECD, and will also include an agreement on where multinationals are taxed – whether all revenue is taxed in their home country or in the country where revenue is generated.

Many countries are pushing for an agreement at the G20 finance ministers meeting in July.

The EU Tax Observatory report noted, however, that the EU could get more money from raising taxes on its own companies than from taxing those from outside the 27-nation bloc.

The report also said that it was not necessary for all countries to agree to the higher tax for it to be effective.

“They would thus be encouraged to raise their own tax rates — as not doing so would mean leaving tax revenues on the table for the parent countries to collect.”

Tax-havens would no longer be able to exist if major economies decided to tax their firms, the report said.

“The spiral of international tax competition can be stopped even if tax havens do not increase their tax rates, and the European Union could be the world leader in this process,” it said. 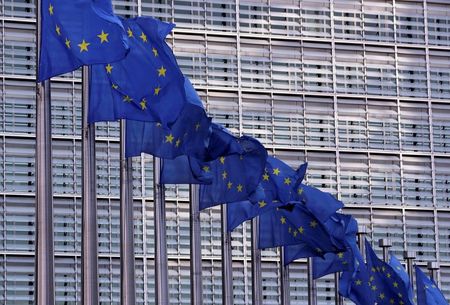 RBI to go fast with rate hikes this year, slow the next- Reuters Poll

Analysis: Freighters to the fore as planemakers bet on trade flows