(Reuters) – Global airline capacity has surged to its highest level in 2022 this week because of a rebound in Chinese domestic demand despite extended lockdowns in Asia’s biggest aviation market, travel data firm OAG said on Tuesday.

Asian jet fuel refining margins, which have more than doubled in the past two months, were at $30.04 a barrel over Dubai crude on Monday, Refinitiv Eikon data showed.

Shanghai’s COVID-19 lockdown has dragged into a fourth week and mass testing orders in Beijing have sparked fears that the Chinese capital could be destined for a similar fate.

But global airlines have added 2.5 million seats in the week to Monday, nearly half of which are in China, OAG data showed.

“This reverses the reductions in capacity that have occurred over recent weeks as a consequence of the travel restrictions in the Shanghai area in particular,” the data firm said in a statement.

Total scheduled airline capacity in Northeast Asia rose 10.8% in the week to Monday from the previous week, according to OAG. The region’s capacity, however, remains about 36% lower than the corresponding week in 2019, before the pandemic.

Total global domestic and international airline capacity increased by 3.3% this week to 88.6 million seats, about 20% lower than in 2019.

OAG said planned capacity over the next three months continued to edge closer to 2019 levels, reflecting confidence in the travel recovery.

“We still have a long and increasingly harder journey back to the 109 million seats per week in 2019 if indeed, we ever reach back to that point,” OAG said in a blog post. “But compared to last year, things are looking a lot better in most markets.” 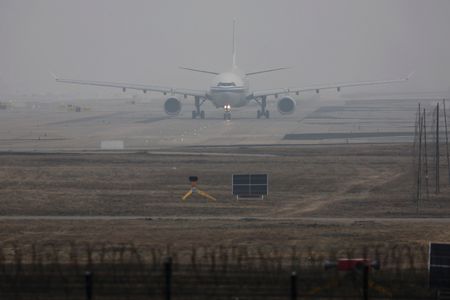 How Broadcom CEO Tan shaped a tech giant through acquisitions