BOGOTA (Reuters) – Colombian business magnate Jaime Gilinski acquired an additional 3% of shares of investment holding company Grupo SURA in a third public acquisition offer, the stock exchange and analysts said on Monday, giving him another seat on its board.

Gilinski, one of Colombia’s richest men, has already become the company’s largest shareholder amid a series of offers which have shaken up the country’s largest conglomerate, Grupo Empresarial Antioqueno (GEA), of which SURA, along with industrial conglomerate Grupo Argos and food producer Nutresa are members.

Gilinski has asked Grupo SURA president Gonzalo Restrepo to hold an extraordinary meeting of shareholders before May 6 to vote in a new board, according to a letter seen by Reuters.

“In a respectful way I request that the session be called as quickly as possible, and that in no case it be later than May 6, 2022,” the letter said.

In the third offer Gilinski acquired 13,966,097 SURA shares at a price of $9.88 per share. According to Reuters calculations he will have spent $138 million on this offer, in addition to $1.24 billion in the two prior.

The result will give him another seat on the board, where he already controls three, several analysts told Reuters.

“He’s in a very good position, with a good participation in the company and surely with Nutresa we will see the same,” said analyst Laura Triana at Acciones y Valores brokerage, referring to an ongoing third offer for Nutresa shares by Gilinski.

GEA companies have declined to participate in the public offers, saying the values offered by Gilinski are too low. 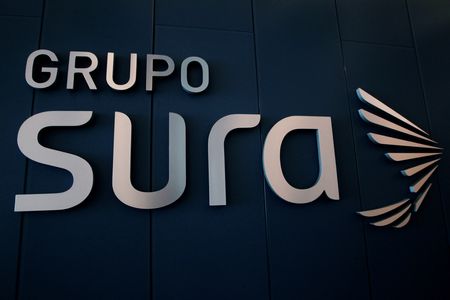 BOJ may need to adjust yield cap if inflation overshoots –...