FRANKFURT (Reuters) – The German state of Brandenburg said on Wednesday no decision has been taken on Tesla’s request to build a factory near Berlin, following a media report that regulators had agreed on the terms of a conditional approval.

The Business Insider website had cited Brandenburg government sources saying environmental authorities had agreed internally to give electric vehicle maker Tesla the go-ahead, contingent on requirements regarding water use and prevention of accidents with toxic substances.

When asked to comment on the report, the state’s environment ministry said consultations and reviews on the project were ongoing.

“That is why at this point in time no conclusions can be drawn regarding the decision, the timing and its contents,” said a spokesperson for the ministry. 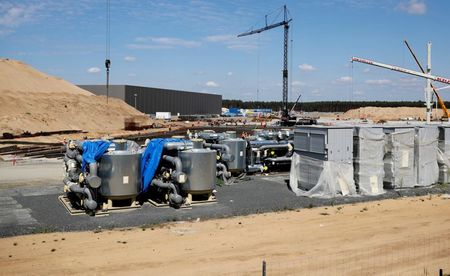