BERLIN (Reuters) -Germany’s conservatives dropped their resistance on Friday to new legislation aimed at increasing gender equality on management boards after an agreement to give companies more time to adapt and to guarantee female executives maternity leave.

The legislation, which the cabinet approved in January, could now be passed in June after the coalition government’s parliamentary groups reached the agreement.

“There are still pure men’s clubs on the boards of directors who like to keep to themselves. This will come to an end in the future.”

The new law affects around 70 companies and will force larger listed firms whose management boards have more than three members to include at least one woman.

Firms will be required to report on whether and how they aim to meet the quota. They risk a fine for failing to give a good reason for not setting a target to include any women on their management boards.

The legislation also sets out stricter gender equality rules for government-controlled companies, where boards with more than two members will have to include at least one woman.

Elke Hannack from the German Federation of Trade Unions said the regulation was “a long overdue step” but said it should apply to more companies.

The legislation also creates a legal right for board members to take up to three months of parental leave and time off to care for family members without having to give up their mandate.

Companies will be given a one-year transition period to select candidates.

A study on Thursday showed the number of women in German boardrooms was only rising slowly and that many large listed firms had none on their management teams.

HeidelbergCement one of 30 firms on the DAX blue-chip index with no women currently on its board, said on Thursday it had created the new position of chief sustainability officer which would be filled by a woman.

Women make up one third of executive boards in Europe’s biggest companies but occupy only a small minority of leadership roles, a study showed last year. Norway ranked top for gender diversity, followed by France. 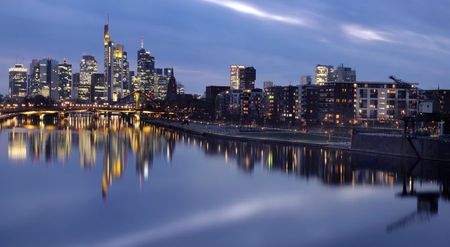 U.S. labor revival in doubt as Delta raises worries about ‘back to school’

Walmart allowing some shoppers to buy bitcoin at Coinstar kiosks

Expected cuts to Treasury auctions may be ‘calm before the storm’