BERLIN (Reuters) – German exports to China declined for the first time in nearly a year in July, easing by 3.9% year-on-year to 8.4 billion euros ($9.9 billion), the statistics office said on Wednesday.

That was the first decline in exports to China, Germany’s second biggest sales market outside the European Union, since August 2020, and it was the biggest slump since May 2020, when the world was gripped in the first wave of the coronavirus pandemic.

Exports to the United States grew by 15.3% to 10.8 billion euros, the statistics office said. 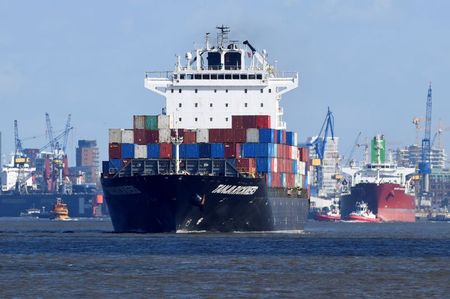 Investor questions for the Fed: rebound, inflation and yields