BERLIN (Reuters) – German environmental groups have filed an official objection to a provisional permit from the Brandenburg environmental authority for the construction of a Tesla gigafactory near Berlin, the groups’ lawyer said on Friday.

The objection is based on the claim that Tesla has not sufficiently clarified what precautions it will take to prevent highly poisonous gas from escaping from the factory, the objection document showed.

It said Tesla had also changed its application documents to produce battery cells on the premise, for which it has not yet obtained the necessary permit.

The groups, Gruene Liga and NABU, said they will go to court if the state authorities fail to file for a permit suspension by June 16. 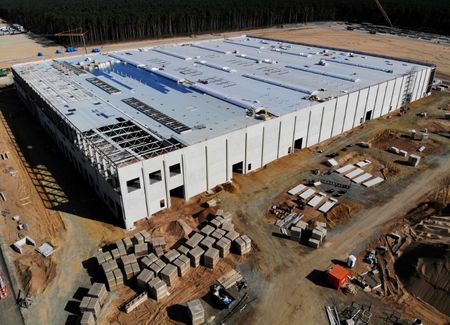 U.S. inflation likely to remain elevated for up to four years – BofA

London’s finance district, steeped in slavery, confronts its past

Euro slips below parity, yen steady ahead of BOJ