(Reuters) -Gap Inc raised its forecast for annual sales and profit, expecting an unabated surge in demand for new apparel as more people begin to step out and socialize after a year of hunkering down at home due to the pandemic.

The San Francisco-based retailer’s shares, which have gained nearly 75% this year, rose 2% in extended trading on Thursday after Gap swung to a first-quarter profit.

Following what is seen as a boom quarter for the retail sector, Gap is also reaping its benefits after having suffered at the peak of the health crisis last year that followed years of weak sales due to intense competition and a shift to online shopping.

Since last year’s low, Chief Executive Officer Sonia Syngal has worked to revive the company’s brands through celebrity partnerships, including those with rapper Kanye West’s Yeezy and Olympic gymnast Simone Biles, and a focus on online selling.

“We saw a resurgence in summer fashion with dresses rebounding, showing that customers are emerging from the crisis wanting to express their style,” Syngal said.

She expects digital sales to sustain even as store traffic returns, and demand for active and fleece apparel to grow as people look for comfort and convenience.

Gap expects fiscal 2021 net sales to grow in the low-to-mid 20% range from a year earlier, compared with its prior projection of mid-to-high teens rise.

Analysts were forecasting sales growth of 17.8%, according to IBES data from Refinitiv.

Net income stood at $166 million compared with a loss of $932 million. On an adjusted basis, Gap earned 48 cents per share.

(Reporting by Nivedita Balu in Bengaluru; Editing by Shinjini Ganguli) 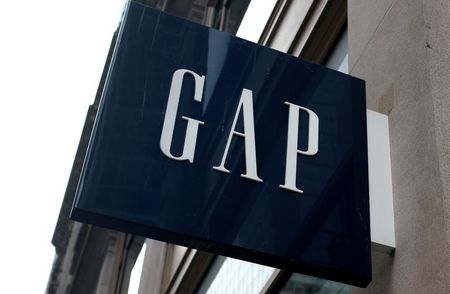 Investors anxious about a recession look to U.S. companies for guidance