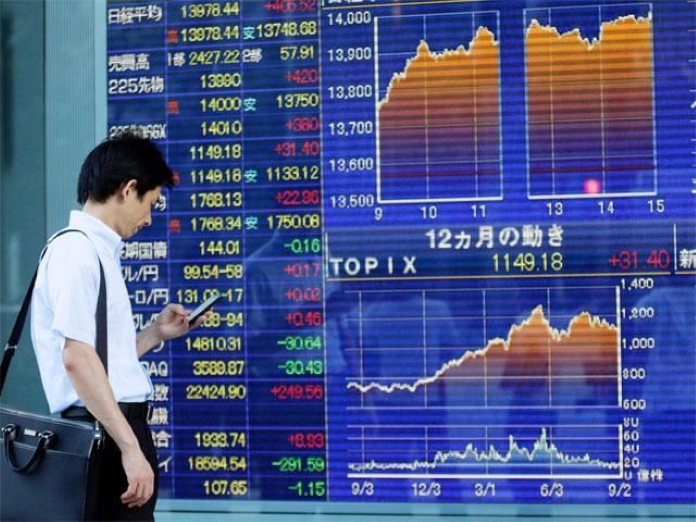 While the Asian markets are on the jump on Friday, the US stock market is slowly creeping back to positives after a nominal gain on Thursday. South Korea’s KOSPI jumped 5.7% and it has brought smiles back on the face of traders who were constantly facing decline since March 10th. On the other hand, Hong Kong’s Hang Seng index gained around 4% and China’s Shanghai Composite Index splurged by 1.1%. Leaving aside these, Australia’s S&P/ASX 200 saw a jump of 0.7%. Such positive gains are rare at this moment for the stock indices as the 3 previous weeks have been constantly dull and depressing for the market. The stock market in Japan remained closed and hence there’s no update on the index.

The rot that had been sweeping the global economy for weeks now looks like it has been finally stalled by the armories put into force by the various central banks throughout the globe. The slow of policies that are currently announced and inaction are surely about to boost the declining state of the market. At least this is what everyone expects after the rout that had been vandalizing the stock market for nearly a month now.

The fact that China’s central bank has left the interest rates unchanged shows that the fight for China is on another level than that of others. China is in stage 4 of the virus outbreak and this is why the policies they take up is highly varying from others.

DOW futures point towards a 60 point or 0.3% gain while Nasdaq put up 0.7% and S&P 500 0.3% as per the futures on Friday. The New York Federal Reserve on Thursday kept pushing the market with its fiscal packages as it offered to buy another $10 million of mortgage-backed securities aiming at quantitative easing of the current market scenario.

The Dow ended Thursday with a gain of 190 points or nearly 1% and it is the first time since March 6 that the index closed within 1000 points of where it started from. On Wednesday, Donald Trump signed a new law of relief package that is meant to further boost the economy with various financial measures and packages from the White House.

Coronavirus update As of yet, the Novel Coronavirus is said to have infected more than 244500 people globally and the death toll is over 10,000. In California, around 40 million people have been advised to stay at home and also throughout the infected areas the streets are completely deserted due to administrative lockdown. Italy’s death toll has now crossed China’s toll and this is alarming for the entire Europe right now.

By Daniel Medina and Nandita Bose ...