LONDON (Reuters) -Some of the world’s richest nations are within touching distance of a historic deal to close the net on large companies which do not pay their fair share of tax, France and Germany said on Friday after a day of talks in London.

Finance ministers from the Group of Seven rich nations are meeting in person for the first time since the start of the COVID pandemic, after U.S. President Joe Biden’s administration gave fresh impetus to stalled global tax talks this year.

Rich nations have struggled for years to agree a way to raise more tax from large multinationals such as Google, Amazon and Facebook, which often book profits in jurisdictions where they pay little or no tax.

“We are just one millimetre away from a historic agreement,” French Finance Minister Bruno Le Maire told the BBC.

German Finance Minister Olaf Scholz said he was “absolutely confident” that there would be an agreement by the time the meeting finishes on Saturday.

“We will have an agreement which will really change the world,” he told the BBC.

A deal could raise tens of billions of dollars for governments at a time when coffers are empty after the coronavirus pandemic.

But major disagreements do remain on both the minimum rate at which companies should be taxed, and on how the rules will be drawn up to ensure that very large companies with lower profit margins, such as Amazon, face higher taxes.

The United States has proposed a minimum global corporation tax rate of 15%, above the level in countries such as Ireland but below the lowest level in the G7.

Le Maire said this represented “only a starting point”.

“We need something that is credible,” he added. “We are still working on this very tricky point of the rate.”

Britain said talks on tax policy had been productive but differences remained. Discussions will continue over dinner.

Due to COVID restrictions, ministerial delegations have been cut down. Seating plans at the ornate 19th century mansion Lancaster House have been redesigned with the help of health officials, and British finance minister Rishi Sunak greeted leaders by bumping elbows, not shaking hands

Sunak – who has stressed the importance of face-to-face meetings for reaching agreement – told ministers earlier that the rest of the world was watching for progress.

“We cannot continue to rely on a tax system that was largely designed in the 1920s,” he said.

Le Maire said a deal would send an important signal that the G7 – the United States, Japan, Germany, Britain, France, Italy and Canada – could still be influential.

Any deal would still need much wider global buy-in, at a meeting of the G20 in Venice in July.

“It’s going to go right to the wire,” one source close to the talks said. “The United States are holding to their position, as are we.”

Japan’s finance minister Taro Aso said on Monday that he did not expect agreement this week on a specific minimum tax rate.

The U.S. Treasury expects a fuller agreement when Biden and other heads of government meet in England on June 11-13.

Biden had been planning to raise the U.S. domestic corporate tax headline rate to as high as 28%. But on Thursday he offered to keep the rate unchanged at 21% but proposed a 15% tax floor after deductions and credits in a bid to gain support from Republicans for new spending measures.

But just as important for Britain and many other countries is that large multinationals pay more tax where they make their sales – not just where they book profits, or locate their headquarters.

“Their business model gives them chances to avoid taxes … much more than other companies,” Scholz said.

The United States wants an end to the digital services taxes which Britain, France and Italy have levied, and which it views as unfairly targeting U.S. tech giants for tax practices that European companies also use.

British, Italian and Spanish fashion, cosmetics and luxury goods exports to the United States will be among those facing new 25% tariffs later this year if there is no compromise.

The U.S. has proposed levying the new global minimum tax only on the world’s 100 largest and most profitable companies.

Britain, Germany and France are open to this approach but want to ensure companies such as Amazon – which has lower profit margins than other tech firms – do not escape the net. 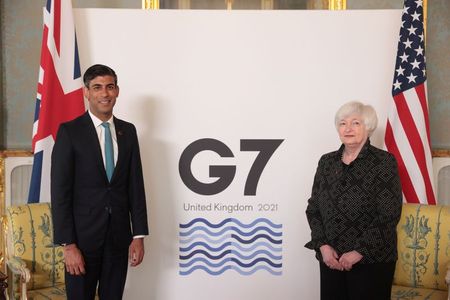 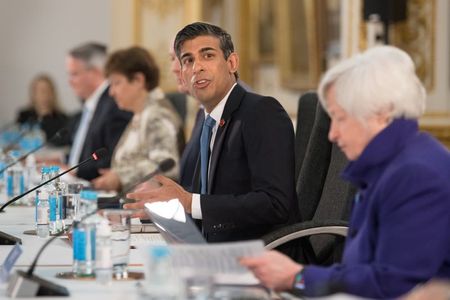 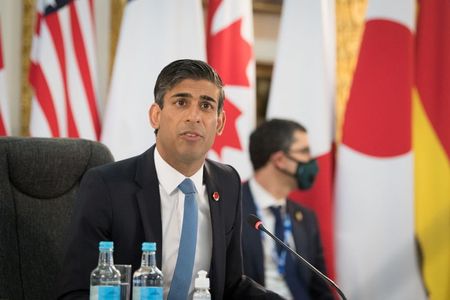 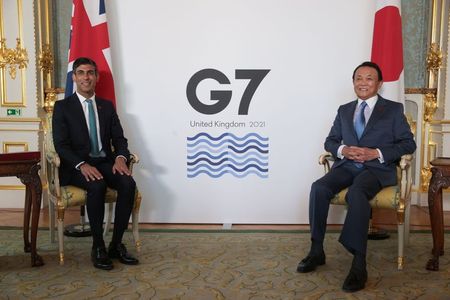 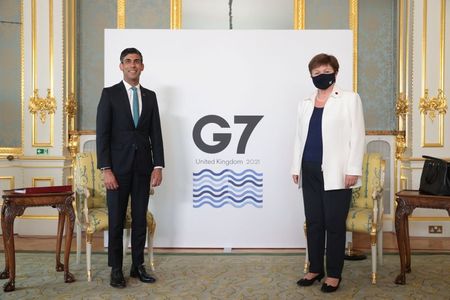 Musk says he has ‘supposedly’ tested positive for COVID again

Tesla to accept dogecoin as payment for merchandise, says Musk

China new home prices in July unchanged from June, down 0.9%...