KADUNA, Nigeria (Reuters) – In a flowing cream hijab, Karima M. Imam walks through her fields in scrubland in northern Nigeria as workers harvest a gnarled brown root that has turned gold since COVID struck: ginger.

“If I had the capital, I’d plant more. People are looking for ginger now, and there is not enough,” she said at her five hectare farm on the outskirts of Kaduna.

As the pandemic rages, people around the world have sought to guard against illness by turning to so-called halo foods. While scientists have dismissed many claims on social media about how superfoods can fend off the virus, their positive role as part of a healthy diet is widely acknowledged.

As demand for halo foods surges, prices for ginger in Nigeria and acai berries in Brazil have leapt while exports of Indian turmeric and Chinese garlic have jumped in the past year.

“The demand for ginger is high because they are using it as medicine,” Imam said, adding that during the lockdown she boiled ginger with turmeric and garlic to take as a remedy.

Increasingly health conscious consumers have given an already buoyant global spice market a further boost during the pandemic, heightening investor interest in the sector.

Thanks to the ginger rush, Imam has been able to start building a new house in nearby Millennium City, with a small warehouse attached so she can store and sell fresh ginger, which goes for more than when it has been cut and dried.

Prices began rising last year but since January they have taken off due to pandemic-related demand, said Florence Edwards, national president of the Ginger Growers, Processors and Marketers Association of Nigeria.

She said there had been demand from all over the world, citing India, China and Europe among popular markets.

There has also been a surge in demand for acai, a fruit rich in antioxidants hyped as a superfood. The Amazonian state of Para in Brazil is the world’s largest producing region.

Paulo Lobato, a 52-year-old producer and trader of acai in Para, has had to hold back part of his crop for long-standing clients, with supplies unable to keep pace with soaring demand.

Prices were 53% higher in April compared with the same period last year at 4.14 reais (78 cents) per kg, according to the state’s export federation CIN/Fiepa.

“I’ve been working with acai for the past 32 years and I’ve never seen anything like this,” Lobato said. “During the pandemic people just went nuts.”

Para is responsible for more than 90% of Brazil’s production of acai, which thrives in its wet soil and constant heat.

The purple round fruit is mostly produced by families, with cooperatives organising harvests. Lobato has 20 families working in his farms with whom he shares half of the proceeds.

Acai is part of the Amazonian culinary tradition, eaten as a side dish with fried fish and typically as part of lunch and dinner. As export demand has risen, however, the fruit has become harder to find at local markets.

“The local consumers are the first to be hit,” said Florence Serra, from Brazil’s food supply and statistics agency Conab. “Some people would go to the street fair and find none.”

Like ginger, garlic has components that can help the body fend off bugs and it too is in demand. China exported 2.18 million tonnes of garlic bulbs in 2020, up 30% from the year before, customs data shows, with major customers including Indonesia, Vietnam, Malaysia, Pakistan and Bangladesh.

Demand for the spice turmeric, which can help in the treatment of conditions involving pain and inflammation, has also received a pandemic boost.

“The concept of immunity boosters is very much influential these days not only in India but across the globe and turmeric is a natural immunity booster,” said Abhijeet Banerjee, a spices analyst at Indian financial services company Religare.

“The government and Ayurveda practitioners recommend consuming some amount of turmeric daily for better post-COVID management,” he said, referring to traditional Indian medicine.

Farmers such as Ravindra Dere, who cultivates turmeric on two acres in the western state of Maharashtra, are happy.

“After many years, we are making decent profit. I hope prices will remain firm,” he said.

Back in Kaduna in Nigeria, Hebile Abu sees no end to the ginger rush. He’s the commercial manager for a company that facilities loans, fertilisers and tractors for a cooperative of about 1,500 small farms – and then markets their crops.

“However many tonnes you have, they will buy it,” he said. “People come for it and they cannot get it.” 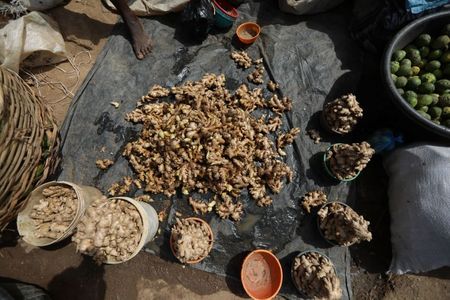 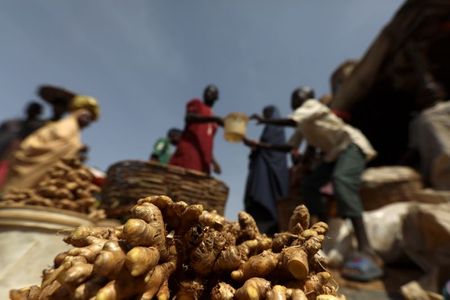 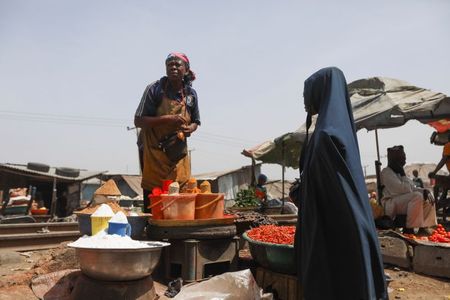 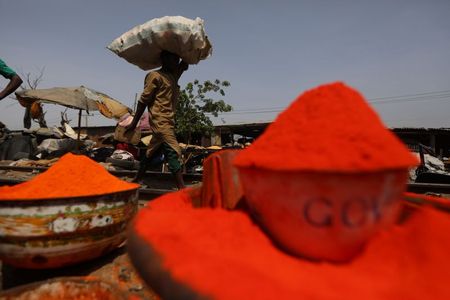 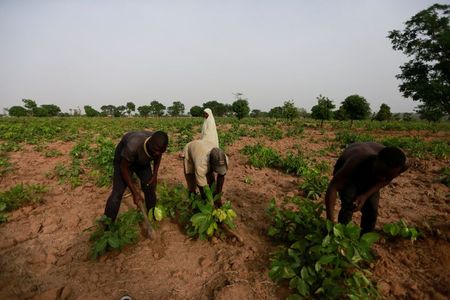