In the United States, stockbrokers have touted for business among retail customers by offering zero commission services, with payment coming from sending the orders to a specific wholesale market maker for executing.

Robert Ophele, chairman of France’s AMF securities watchdog, said the situation was even more complicated in the EU due to the lack of a single markets regulator.

“I am strongly inclined to favour the clarity of a ban for payment for order flow,” Ophele told an event held by European markets industry body AFME.

The EU is reviewing its securities market rules known as MiFID II with a view to making a series of tweaks in a bid to deepen its capital market now that Britain has left the bloc.

France, president of the EU in the first half of 2022, will be responsible for marshalling reforms through the bloc.

The EU’s executive European Commission has said it wants to create a “consolidated tape” or record of transaction prices for shares traded across the bloc to make it easier for investors to spot the best deals.

But there is debate over whether transaction prices should be published near to real-time or, as exchanges want, with a 15-minute delay nL8N2R04BU.

Ophele said the closer to real-time the better for investors.

“If you just say let’s have a delay, I am not sure it will make life simpler for the users of this consolidated tape,” Ophele said.

Ophele said he hoped that EU changes to improve the quality of stock market data could come in by January 2023.

Banks argue that once data quality has improved calls from bourses to curb off-exchange trading – or over-the-counter dealing often done via banks – will be seen as unjustified. 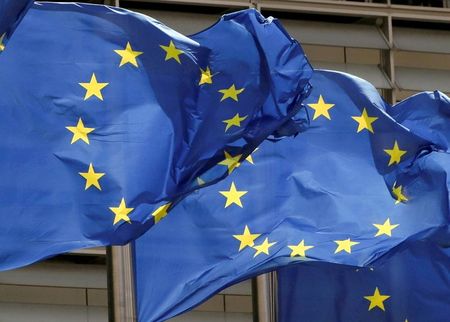