PARIS (Reuters) – French European Affairs Minister Clement Beaune said on Friday that French fishermen must not pay for the failure of Britain’s exit from the European Union.

“They failed on Brexit. It was a bad choice. Threatening us, threatening our fishermen, will not settle their supply of turkey at Christmas,” Beaune told BFM TV.

“We will hold firm. The Brits need us to sell their products,” he added.

Earlier this week, Prime Minister Jean Castex said France was ready to review bilateral cooperation with Britain if London continues to ignore the agreement reached over fishing rights in its post-Brexit trading relationship with the European Union.

Paris is infuriated by London’s refusal to grant what it considers the full number of licenses due to French fishing boats to operate in Britain’s territorial waters, and is threatening retaliatory measures.

French fishermen have also said they could block the northern port of Calais and Channel Tunnel rail link, both major transit points for trade between Britain and continental Europe, if London does not grant more fishing licences in the next 17 days. 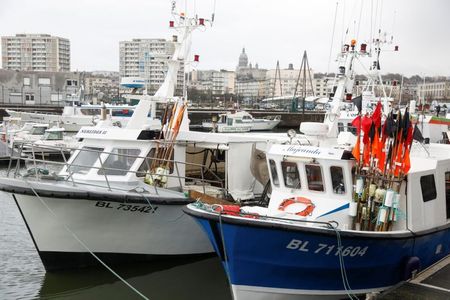 SocGen warns it could be stripped of Russian business