TOKYO (Reuters) -Four Toshiba Corp directors called on Friday for a shake-up of its management and board, in a sign of revolt after an investigation found the conglomerate colluded with the Japanese government to “beat up” foreign shareholders.

The very public push-back by the independent directors, all non-Japanese, is the latest twist in a scandal that shows how the old guard of Japan Inc, while still powerful, can no longer exert full control over shareholders.

It comes a day after an explosive, shareholder-commissioned investigation revealed – in startling detail rare for such probes in corporate Japan – how management reached out to the powerful Ministry of Economy, Trade and Industry (METI) to strong-arm activist investors.

The investigation “made clear” that some members of Toshiba’s management and board took actions that “were unacceptable and directly against the interests of our shareholders”, the four directors, Jerome Black, Paul Brough, Ayako Weissman and George Zage, said in a statement.

Both board and management changes were needed, they said, calling some parts of the report “deeply disturbing”.

The investigators detailed one email among top Toshiba managers about the company’s largest shareholder, Singapore-based hedge fund Effissimo Capital Management. In that incident, one executive allegedly said: “We will ask METI to beat them up for a while.”

The report, released on Thursday, said that Yoshihide Suga – then chief cabinet secretary and now prime minister – verbally encouraged the pressure on investors during a meeting with a senior Toshiba executive last year, an allegation Suga has denied.

“If we are aggressive, we can get them” with foreign ownership rules, Suga allegedly told the executive, referring to rules introduced in 2020 and designed to protect industries critical to Japan’s national security.

Toshiba is of strategic importance to Tokyo as a maker of nuclear reactors and defence equipment.

The probe’s findings mark a critical turn in a long battle between the company’s management and foreign shareholders, which include Effissimo, another Singapore-based fund, 3D Investment Partners, and Harvard University’s endowment fund.

Japan’s trade minister on Friday denied his officials directed an adviser to lean on Toshiba’s foreign shareholders to ensure management won a key vote on board membership last year.

The investigators’ report said Toshiba, working in unison with the trade ministry, “effectively asked” a government adviser, described as “Mr. M”, to negotiate with Harvard University’s endowment fund to change its voting behaviour.

“Ministry officials have informed me that it’s not true that any request was made to engage with individual investors,” Trade Minister Hiroshi Kajiyama told reporters. He added that the ministry was waiting on Toshiba’s response to the report.

Sources previously told Reuters https://jp.reuters.com/article/toshiba-board-idCNL1N2J4052 that Hiromichi Mizuno, a ministry adviser at the time, had told the Harvard fund it could be subject to a regulatory probe if it did not follow management’s recommendations at last year’s annual general meeting. The fund subsequently abstained from voting.

He did not immediately respond to a request for comment.

Some activist investors said, however, that the successful push by shareholders for the independent investigation in a landmark vote this year and the report’s findings showed progress was being made in Japan corporate governance.

“It’s a direct result of Japan trying to really have a world class governance structure. It doesn’t mean they’re perfect yet,” said Brian Heywood, CEO of Taiyo Pacific Partners, an activist fund that has operated in Japan for 20 years.

“All of Japan Inc isn’t rushing to Toshiba’s defence,” he said, adding that he saw the debacle as a “last gasp” of Japan’s trade-ministry controlled capitalism.

U.S. proxy advisory firm Glass Lewis on Friday urged shareholders at this year’s AGM to vote against the re-appointment of Toshiba board chairman Osamu Nagayama and four others nominated to the board by the company.

As one of the industrial conglomerates that modernized Japan and helped its post-World War Two economic recovery, Toshiba enjoys close ties with the government. Its nuclear reactors and defence equipment businesses mean it is also closely monitored by industry bureaucrats.

In 2017, however, battered by accounting scandals and massive writedowns on its U.S. nuclear reactor business, Toshiba had to quickly seek a large capital injection from overseas investors. As a result, activist investors are estimated to account for 25% of Toshiba’s shareholder base.

Since the push by activist shareholders this year for greater accountability, Toshiba has faced a $20 billion bid from CVC Capital and seen former CEO Nobuaki Kurumatani resign in the ensuing turmoil.

While Toshiba has dismissed that bid, it has announced it will conduct a strategic review.

“Given Toshiba’s complete failure of governance and lack of transparency shown by the independent report, we believe radical reform through going private is the only viable option to rejuvenate the company,” said an executive at a large Toshiba shareholder, asking not to be identified because of the sensitivity of the matter.

Toshiba’s shares closed down 1.6% on Friday compared with a flat broader market. 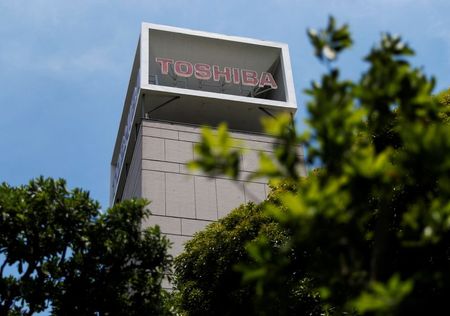 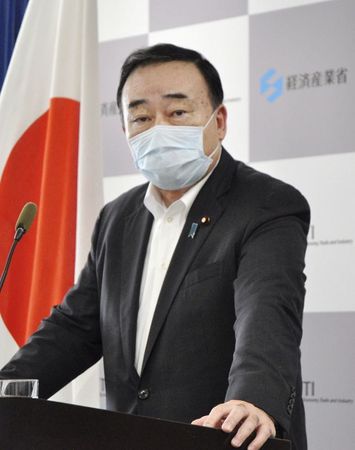 TOKYO (Reuters) -The Japanese government is looking at tightening regulations...