WASHINGTON (Reuters) -The addition of more than half a million jobs to U.S. payrolls in May nudged the economy further toward the “substantial progress” Federal Reserve officials want to see before changing monetary policy, but likely not far enough to accelerate what’s expected to be a cautious and possibly prolonged debate.

The Fed in December said it would not start scaling back its wide-open monetary policy until there had been “substantial further progress” in healing the U.S. job market.

At that point the number of U.S. payroll jobs was about 10 million below its pre-pandemic peak, and since then only about a quarter of those positions have been regained. The half million jobs added in May was below expectations, and still left the United States with 7.6 million missing jobs — and disappointingly little progress in raising the labor force participation rate and drawing more than 3 million absent individuals back from the sidelines of the economy.

“I view it as a solid employment report. … But I would like to see further progress,” Cleveland Federal Reserve President Loretta Mester said Friday on CNBC.

The May report “means the Fed will continue to take very careful baby steps toward setting up for an eventual taper – talking about talking about the path for asset purchases – but making it clear that it is still far off before actual tapering begins,” Bank of America economists Michelle Meyer and Joseph Song wrote in an analysis after the release of the May jobs report.

The Fed may open discussion at its upcoming June meeting about when and how to make an exit from the $120 billion in government bonds it has been purchasing since last year to keep markets flush and interest low for consumers looking to buy houses, cars or other major items.

But analysts don’t expect a decision before the Fed’s annual Jackson Hole, Wyoming, conference in August, with any actual change in the bond purchases not expected until next year.

One possible complication: While jobs have not snapped back as fast as hoped, inflation has been stronger than expected, raising the potential that the Fed may have to tighten monetary policy sooner than hoped and with lower levels of employment.

The May jobs report showed stronger than expected wage gains, which some analysts take as a sign job markets are tighter than the headline numbers would indicate, and will remain so until more people decide to search for new jobs or return to old ones.

A labor market index developed by Cornerstone Macro and including 22 indicators of job market health continues to improve, closing the gap between now and what’s considered a peak era for workers in the late 1990s.

But it is not enough of a dilemma yet to change the Fed’s expected course to begin discussions of tapering in June.

The report “neither rushes nor blocks” those discussions, Guha wrote. 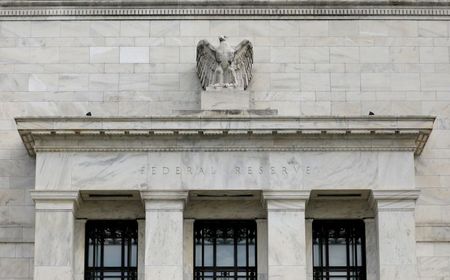 Will an inflation-fighting Fed break its vow on jobs?

TOKYO (Reuters) -SoftBank Group Corp on Wednesday said it will...

PARIS/SYDNEY (Reuters) -Malaysia Airlines is poised to announce a deal...