Home Business Ferrari flaunts its latest models on the catwalk

By Giulio Piovaccari and Giulia Segreti

Ferrari is racing through the gears to bring its Prancing Horse brand to the catwalk and fine dining in an attempt to woo wealthy customers beyond its faithful fans.

The Italian company renowned for its Formula One racing team and high-powered sports cars adorned with the Cavallino Rampante logo is launching a fashion collection on Sunday and reopening a restaurant in its hometown of Maranello two days later.

The clothing line comes from creative director and former Armani designer Rocco Iannone while Michelin-starred Italian chef Massimo Bottura is relaunching the restaurant where founder Enzo Ferrari once dined with friends and Formula One stars.

Nicola Boari, Ferrari’s chief brand diversification officer, told Reuters the aim was to reach new clients “in terms of both age and culture” – beyond its racing fans and sports car clients who already covet its branded jackets, T-shirts and hats.

The customer base for Ferrari’s cars is limited by design to under 10,000 vehicles a year – fewer clients than Bottura’s new restaurant could serve in the same time – and the luxury carmaker has said it hoped its so-called brand extension strategy would account for 10% of profits within a decade.

Ferrari is far from the first luxury car brand to venture into lifestyle businesses. Others like Volkswagen’s Lamborghini and Bentley, as well as U.S. motorcycle maker Harley-Davidson, have turned to clothing collections. Ferrari’s foray into haute cuisine too follows in the steps of luxury fashion groups, including France’s LVMH and Kering’s Gucci, which also turned to Bottura for its first restaurant in Florence and a second in Beverly Hills.

“It has the potential to succeed even in the luxury apparel industry,” he said.

Ferrari’s former chief executive Louis Camilleri unveiled the brand extension strategy, which includes fashion, restaurants and other luxury experiences, in 2019 just before the coronavirus pandemic struck and delayed the plans.

The launch now comes days after the appointment of new Chief Executive Benedetto Vigna, a 52-year-old physicist who has spent 26 years at semiconductor maker STMicroelectronics and is expected to drive Ferrari into the era of electric cars.

Camilleri said Ferrari’s brand spin-offs were too stretched and planned to cut about half of the carmaker’s licence agreements and trim some 30% of its product categories.

Perfumes have since disappeared from the shelves of Ferrari’s existing stores, for example, as have some low-end products with no real value beyond the logo.

Analysts said it would take time for Ferrari’s new brand strategy to succeed, while some were cautious about its potential contribution to profitability.

“Given the kind of scale you need to be profitable in luxury, I don’t think this will be accretive to Ferrari’s margins, which are quite high already,” said Susy Tibaldi, luxury analyst at Swiss bank UBS.

Last year, 11.3% of Ferrari’s net revenue came from its sponsorship, commercial and brand category – which includes the Formula One team and revenue generated by the brand through merchandising, licensing and royalties – down from 14.3% in 2019.

Both companies said their brand extension strategies made important, and growing, contributions but declined to detail how much revenue they generated.

Harley-Davidson has long profited from a wide range of branded lifestyle gear with its general merchandising accounting for 5.7% of the company’s motorcycle division revenue last year.

Ferrari, which plans initially to sell its fashion line through its stores and online, will be competing with luxury heavyweights in a market estimated to be worth some 280 billion euros ($341 billion) this year.

Ferrari’s parent Exor, the investment company of Italy’s Agnelli family, has also been moving into luxury.

It recently bought 24% of shoemaker Christian Louboutin and became the biggest investor in Chinese luxury group Shang Xia, which was co-founded by France’s Hermes.

Ferrari declined to give details of its collection ahead of the big reveal on Sunday.

As it moves away from the licensed apparel it already sells, industry sources expect the clothing line to fall within a “middle luxury” category, a notch below top brands such as Gucci or Italy’s Prada and Dolce & Gabbana.

The collection is expected to include ready-to-wear items made with high-end fabrics, rather than more relaxed streetwear looks, the sources said.

“Clearly there must be a narrative, with a focus on ‘Made in Italy’, they cannot just come out with a T-shirt with a logo,” said Tibaldi at UBS.

As for the Il Cavallino restaurant in front of Ferrari’s headquarters, staff are busily preparing for the opening next week in rooms decorated with a Formula One nose section, framed photos of Enzo with friends and Ferrari racing posters.

Standing near an old V12 engine and a more modern version used in one of Michael Schumacher’s cars, Bottura told Reuters he plans to give local specialities such as tortellini and tagliatelle a fresh, contemporary look.

“I am looking at the past in a critical way, not in a nostalgic one, to bring the best of the past into the future, to renew tradition, exactly as Ferrari does,” he said. 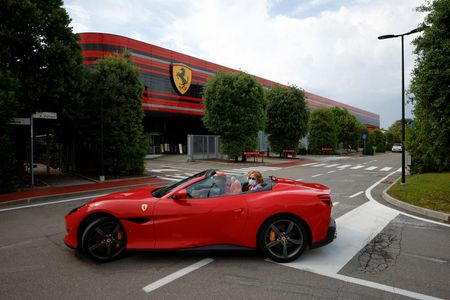 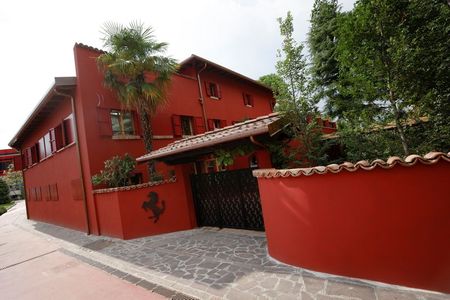 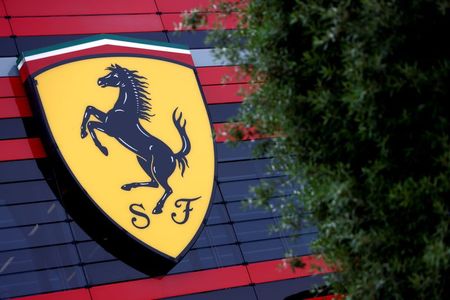 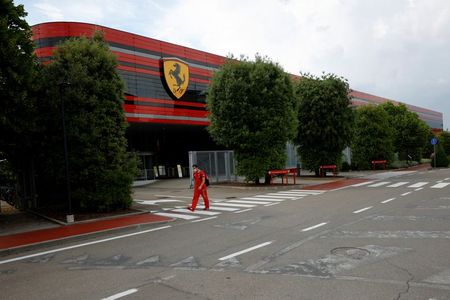 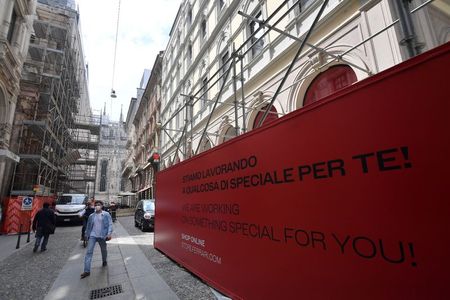 Renault offered over 1,000 euro one-off payments to most workers to cope with inflation...

Marketmind: A half or three quarters?

Boots in store for $10-billion sale as bid deadline looms