Home Business Fed’s Kashkari: ‘Reasonable’ to taper late this year or early next

(Reuters) – Minneapolis Federal Reserve President Neel Kashkari on Tuesday said that it could be “reasonable” to start reducing the Fed’s bond-buying program later this year, though it would depend on making further progress in the labor market.

“It is a question of when, not a question of if” the Fed will slow its bond-buying, currently at $120 billion each month, Kashkari said at the Pacific Northwest Economic Regional Annual Summit in Big Sky, Montana.

“There’s a lot of public discussion about, will it be at the end of this year, will it be the beginning of next year: Those seem like reasonable ranges of deliberation, but ultimately it will be driven by the data.”

Coming from one of the Fed’s most dovish policymakers, the remarks suggest there may be little opposition within the central bank to dialing down the Fed’s massive support for the economy even with, as Kashkari noted Tuesday, “a lot of slack” yet in the labor market. The Fed’s purchases of Treasuries and mortgage-backed securities is aimed at bolstering growth by pushing down long-term borrowing costs.

Raising interest rates, however, is likely still a “few years” in the future, Kashkari said, because the Fed has pledged not to do so until the economy reaches full employment and inflation, now temporarily high, climbs “over time” to the Fed’s goal of 2% on average.

“Let’s see what ends up happening for the rest of this year, in terms of asset tapering, and then we have to see what happens next year in terms of the actual federal funds rate,” Kashkari said. 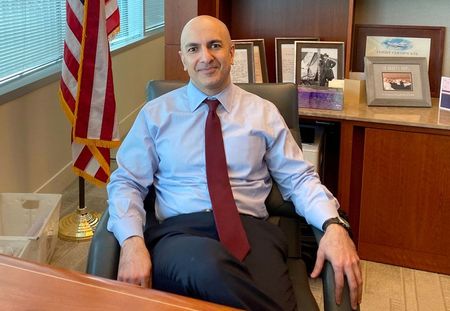 EasyJet sees Europe open for travel from late May

Trump’s bid for a piece of Microsoft-TikTok deal could spur legal...